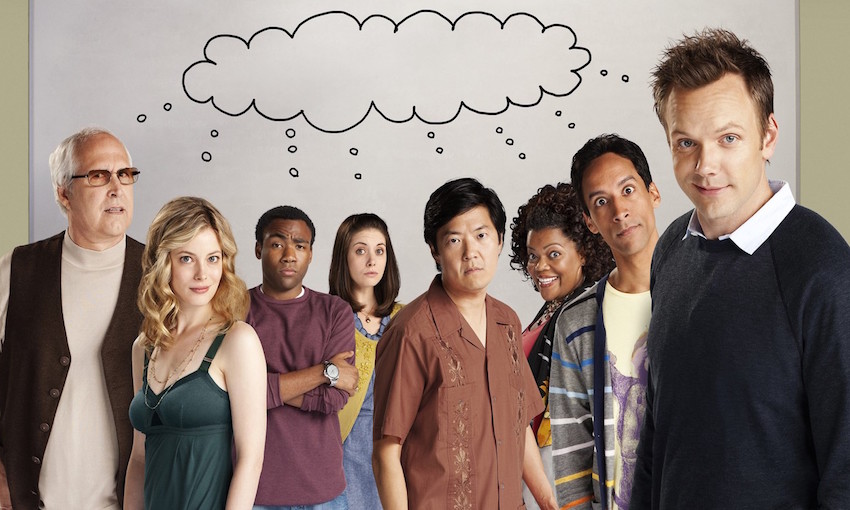 The great majority of students took the opportunity during the quarantine period to catch up on Netflix shows. Some people took the time to watch new and rising shows like Outer Banks or Tiger King. Though it is always fun to watch something new, many students did take the opportunity to rewatch shows like The Office, Parks and Rec, New Girl, and other shows of the such, for the 100th time. All was fun and entertaining, but what did one have left to do after watching almost everything?

This was a predicament that I found myself in, after I believed to have watched nearly everything entertaining about Netflix. That’s when I stumbled upon the work of art that is Community, a show by the same producer of the famous Rick and Morty television series. I dare say it is one of the best, if not the best, shows that I have ever had the opportunity to watch.

The story centers around a study group composed of diverse and hilariously funny characters, on their adventure through community college. I like to call it The Office but if it were set in a community college setting. Every character offers something different to the group, which then helps drive a different story each episode. You never know what can happen, and that is the exciting wonderful part about it. One episode can be dedicated to a parody of a warfare situation, in a high tension game of Paintball fight, or a Christmas episode is stop motion animation. This diversity and dramatic fashion of storytelling is what really drove me to continue watching.

Not only is this a seriously funny series, but it is much different from the common sitcom. Unlike the predictable format of lovable characters falling in love, going on adventures, and eventually living the life they have always wanted, Community stands out because it goes against the norm. It provides an unpredictable structure of shows, with an even more unpredictable group of friends. In the beginning, you really don’t know where anyone from the friend group is going to end up. Will the disgraced lawyer Jeff Winger finally get his diploma? Will Abed become a film director? Will Troy ever figure out what he wants to do? Who knows!

Community is a show that is very hard to explain in words. It’s one of those “You gotta watch it to understand” shows that never disappoints. If you’re looking for something new and exciting, then Community is the show for you.