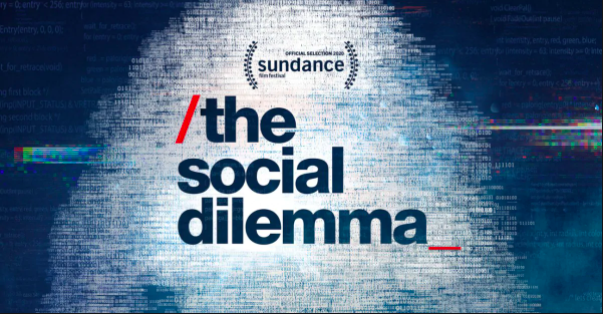 Over the weekend, I had the chance to watch “The Social Dilemma”: a 2020 Netflix original film directed by Jeff Orlowski. I would highly suggest the documentary to anyone who is a frequent user of any social media platform.

The film discusses the potential dangers of social media, and how it can eventually become a security hazard and a major issue to one’s personal data. Additionally, the documentary touches on the subject of addiction, and how easily someone can become emotionally attached to social media and can become psychologically manipulated. “The Social Dilemma” features many influential figures in technology and ethics, such as Tristan Harris, a Design Ethicist at Google, and Justin Rosenstein, a software programmer and entrepreneur.

One fascinating quote from the documentary came from Tristan Harris, who said, “There’s entire teams of engineers whose job is to use your psychology against you.” This struck me because it shows how every single action that a user makes on social media is being tracked, and how their interests and decisions are taken into consider and used against them. It covers the topic of manipulation and how our actions are being monitored by those working for the browser and social media companies.

The film provides many unique perspectives and insights about the tactics employed by the bigger companies in the industry to influence their users. The wide variety of cast members and speakers is an aspect of the documentary that makes it truly interesting, and I believe that that is the documentary’s biggest strength because it shows how various people in technology, business, and ethics can all agree that social media can become a privacy breach.