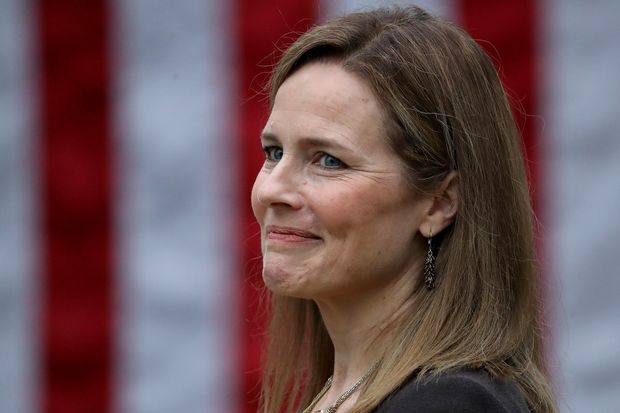 Over the past 18 months, South Bend, Indiana has gained national attention because of our former Mayor beginning a bid for the presidency. International media outlets descended on our city for Pete Buttigieg’s announcement from the Studebaker factory, making a once unknown city recognizable in a short period of time. Now, our city has a new star entering the national stage.

Amy Coney Barrett, a Notre Dame Law Professor and Federal Judge, was nominated to the United States Supreme Court on Saturday by President Trump in a bid to fill the vacancy brought forth by the death of Ruth Bader Ginsburg. Barrett’s background in law is strong and her academic history is equally impressive. She graduated first in her class from Notre Dame Law School in 1997 and captured the attention of her professor John Garvey. “On the final exam, someone — the bluebooks were anonymous — had written an answer so impressive that I rushed to share it with one of my colleagues. This student, I said, gave a response to my own question much better than the one I had come up with myself. That student was Amy Coney,” Garvey says. He would go on to write that Barrett was the best student he ever had, a one-line letter of recommendation that he would use to send to Justice Antonin Scalia.

Although people have acknowledged Barrett’s intelligence and genuine character, some have brought the focus on her policy stances. Liberal activists have pointed to her pattern of anti-abortion rulings as a threat to Roe v. Wade. Barrett, a Roman Catholic, stands by her faith on issues like abortion and holds that Roe v. Wade is not set in stone. It is important to note that she has said that she would separate her faith from her role as a judge. She says, “If you’re asking whether I take my faith seriously and I’m a faithful Catholic, I am. . . although I would stress that my personal church affiliation or my religious belief would not bear in the discharge of my duties as a judge.”

Barrett’s husband, Jesse, is also in the legal field, having graduated from Notre Dame Law School like his wife. He once served as the assistant United States Attorney in the Northern District of Indiana, but is now a partner at South Bank Legal, a law firm in South Bend. The family has seven children, five of whom attended or currently attend Trinity School at Greenlawn in South Bend.

Barrett’s relationships with South Bend natives are deep and even have connections to those in the Saint Joe community. The Garnett family, whose daughter Maggie graduated from SJ in 2018 and son Tommy graduated in 2020, know the Barretts well. In fact, Nicole Garnett, Maggie and Tommy’s mother, has known Judge Barrett since 1998 when she was clerking at the Supreme Court. Both serve as professors at Notre Dame Law School. Maggie Garnett, now a junior at the University of Notre Dame, wrote an opinion piece in Fox News this past week, praising the nomination of Barrett, while also including details about her faith. “I came to appreciate the hospitality and faithful friendship Judge Barrett and her family always provided to my own. And, over the years Judge Barrett became much more than just another parent, she became a mentor and friend,” Garnett writes. Garnett appeared on “Fox and Friends” (a morning news show on FOX News) live on September 27th to talk about her relationship with the Supreme Court Nominee and her confidence in why she would execute her role faithfully.

At this time, the confirmation of Judge Barrett appears imminent. With Senate Republicans securing the amount of votes necessary to confirm her, Senate Democrats have been left powerless to stop such a confirmation of a new Justice. Liberal activists have laid out the case for why there shouldn’t be a confirmation at this time; with less than 35 days to an election, voters in over 10 states have already begun casting their ballots. More importantly, Democrats point to the Republicans’ opposition of Merrick Garland, President Obama’s SCOTUS nominee in 2016, nine months before the election. The only Republicans opposing Barrett’s confirmation are Senators Susan Collins and Lisa Murkowski. Democrats would need two more votes to stop the confirmation.

Regardless as to how this confirmation battle ends, the South Bend Community has entered the national spotlight once again, reminding the country of our city’s character and diversity of thought.