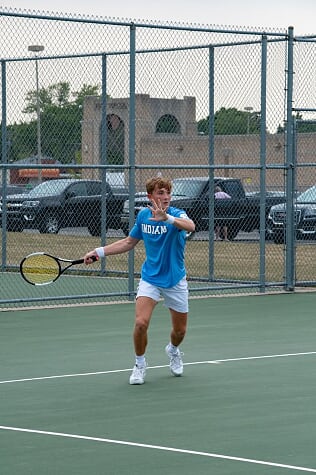 Sean Gibson is not just your run of the mill Tiktoker and extremely distant relative to the viral Damelio sisters. For the past three years, Sean has been a member of the Saint Joseph Boys tennis team. This fall season is his final year on the team. In the fall in his freshman year, he played soccer and decided to move onto tennis his sophomore year. From not knowing much about the sport entering his sophomore year, to being elected captain by his team and playing 1 doubles for varsity in his senior year–Sean has definitely come a long way from freshman year.

Not only does Sean dominate on the court, but he also dominates in academics. Sean has been nominated Academic All-State athlete on his team for his phenomenal GPA and test scores. Overall, Sean is very proud of his achievements and will continue to work hard. He states,”I’m very honored to be recognized and it feels good to have my hard work pay off.” After graduation, he plans to go to college out of state to either study architecture or environmental engineering.

Overall, the boys’ season has been successful this year. When asked about the success of his team, Sean states,“We’ve been having a really successful season, and it’s not just because we’re good at tennis. I think our success goes back to all of the team bonding we’ve done and how close we’ve all gotten as a result. This team is one of the most supportive groups I’ve ever been a part of, and we all want to play our best for each other every day. I think we’re a dangerous team and I’m excited to see what we can do this post-season.” 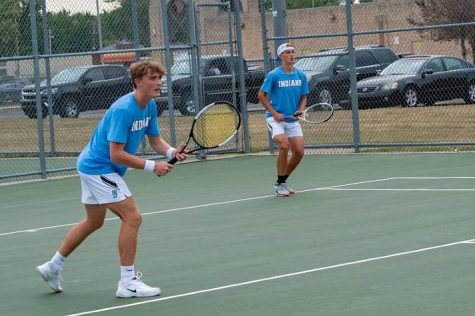