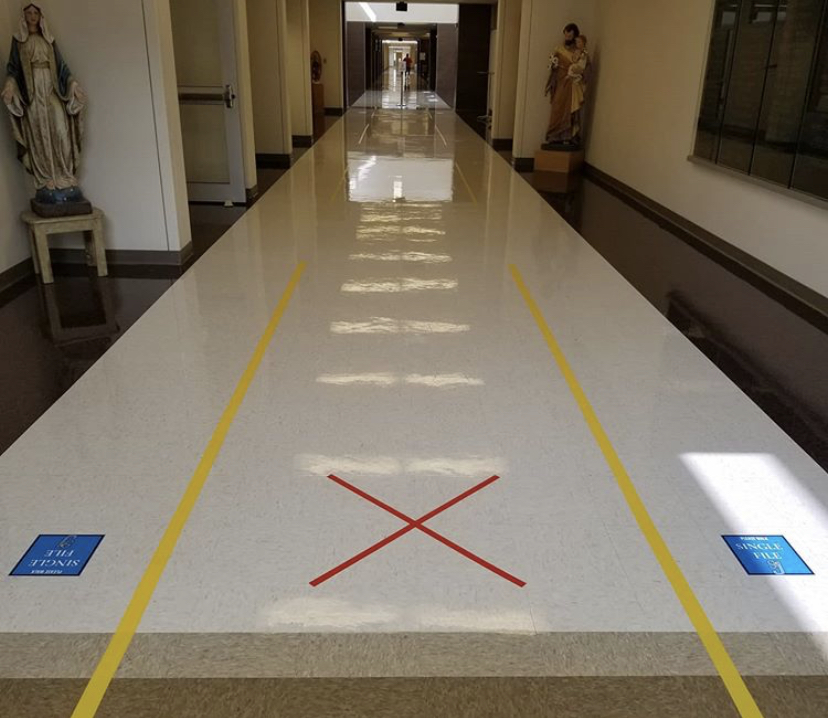 It’s been a long 6  months since we’ve had a full week in in person school. So much was lost, and missed out on. Seniors lost their last prom, Juniors lost their first prom, and freshmen missed out on the opportunity to end their first year of high school properly. There were a lot of reasons to hate how the school year had progressed. I think that it is safe to say that the return to school was a highly anticipated event, and one that has been a lingering thought in the back of student’s mind’s ever since home learning began. Whether you were an avid school attendee or an enemy of the system, it has been widely accepted that there is just a sense of happiness in the simple act of being back in school with other students. Although, not in the normal fashion, we are lucky to be able to go back to school in this new “Mode 1” fashion.

Now a week into mode one, and it is safe to say that there is some relief. No one expected the return to school to be normal, but it is honestly much better than being separated and isolated by the strong Covid-19 presence and quarantine months. Not a beat was skipped, which allowed students to return to their first week of school as if it had already been their fifth. We were able to go back to the normal hour and thirty minute classes four times per day, as well as the social interaction that had been dearly missed. Although half of the faces are covered up, returning students were excited and happy to be able to see familiar faces once again. Not forgetting about the teachers, we rejoiced at the experience of our teachers and their fun personalities. Everyone was happy at the socially distant fist bumps they got from Mr. Kennedy and other teachers.

Although the return brings a new sense of happiness to the Saint Joe community, the new and strange rules cannot be ignored. Things from hybrid mode have not changed, and they are not going to be eased upon. Students are still expected to socially distance themselves as much as possible, and to ensure that they reduce the amount of time they spend in close proximity to other students. Sanitation is still highly emphasized, and students are still expected to keep their masks on at all times. There continue to be guiding lanes to regulate what side of the hallways students should walk on. It’s all very different. It also doesn’t help that this was the very first week of a full five days of school since March. Students were physically tired, and justly so. It is still a little stressful to have to follow the restrictive rules, but one has to accept that it is either this, or quarantine. All decisions have to be respected and we, as a community, have to be able to understand that nothing will ever go as expected.

Overall, the first week of Mode 1 went well. Many were optimistic at what this new mode would bring, and still were willing to understand that it would be very different. Students were a little tired at the end of the week, but the joy of being back at school outweigh  It is very saddening to not be able to cram 20 students into a 6 student maximum lunch table, socialize with your friends and groups before and after school, or to be able to participate in pep rallies and mass. We had to realize this, and adapt to the new regulations if we wanted to continue in this relatively normal social life.