Boy’s Soccer Puts on a Show in Regionals. 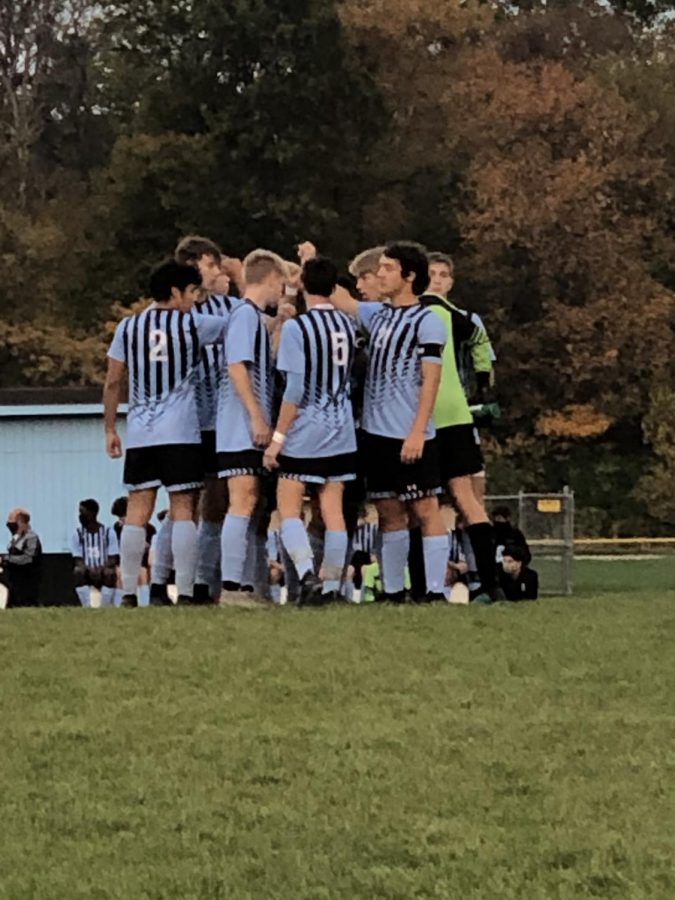 The Boy’s Soccer team were able to reach the Regional Finals on Saturday. The team unfortunately fell in the Finals, but had an outstanding season.

In the Regional Semi-Finals, Saint Joe and West Lafayette were deadlocked for the first half. Both teams boasted a strong defense, keeping the score at 0-0 going into halftime. However, after the break, Saint Joe came out flying, resulting in a goal from Trey Place. The name of the game then became defending, with Saint Joe solidifying a 1-0 win over West Lafayette. This victory meant they would play in the Regional Finals later Saturday night.

That evening, the Indians took on Northwood. Northwood took an early lead, giving the Indians a 1-0 deficit. However, Ryan Larkins took an absolutely cheeky free-kick on the edge of the box that snuck around the wall and bounced into the net, tying up the match. Unfortunately, the strong Northwood side scored off of a corner kick, putting them into the lead.

The game would end 2-1 to Northwood, but the Boy’s Soccer team had a great season. Make sure to congratulate them in the halls!