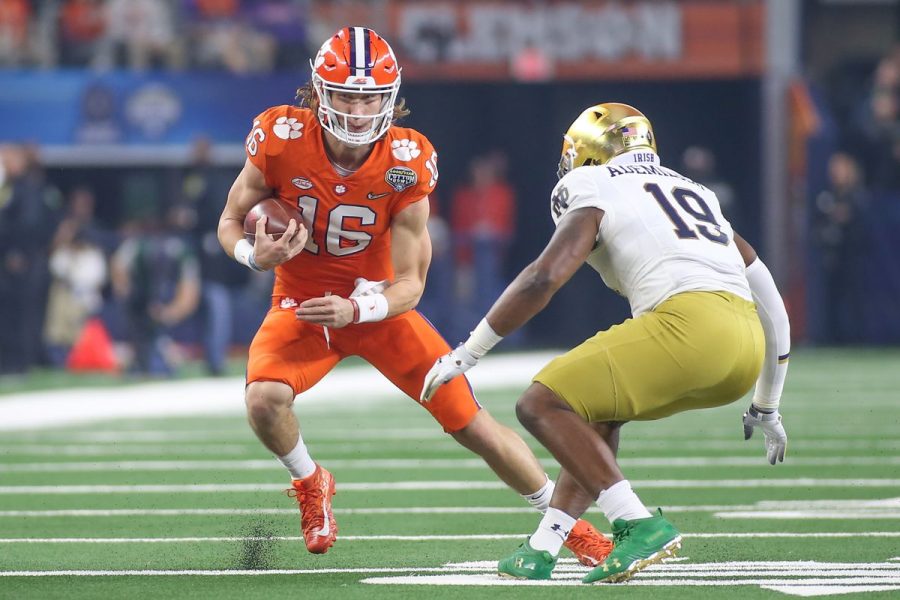 On Saturday, No. 4 Notre Dame takes on No. 1 Clemson at home at 7:30 pm. This is arguably the biggest college football game of the week with these two schools being the favorites to be matched up in the ACC championship at the end of the year. For Notre Dame, this is a game that is a must win to gain the respect of the nation and prove they are a top 5 team. For Clemson, this is a game they must get through to put themselves in a position to redeem themselves in the playoff after a heartbreaking loss in the championship last year.

At the beginning of the year this was a game that every sports analyst had circled because everyone knew it would be very important. Going into the season, Clemson was expected to be overwhelming favorites over Notre Dame due to the multitude of weapons they have on both offense and defense, including the best quarterback in college football and arguably one of the best running backs as well. This game has the potential to be a much closer matchup than most people expected. Clemson starting quarterback Trevor Lawrence came back positive for his COVID test which sidelined him last week against Boston College and again this week against Notre Dame due to the still lingering side effects of the illness. His backup true freshmen D.J. Uiagalelei  put up 341 yards passing against now 4-3 Boston College. With Notre Dame’s strong defensive leaders being a crucial part of their 6-0 record, many people are wondering how this true freshman will deal with the pressure the defense will put on him.

Regardless of the outcome of this game, if both teams win the rest of their games after this one, it is likely there will be a rematch for these two teams again.  Trevor Lawrence should be healthy for the ACC championship which will change the complexion of that game. Either way, this game is very important for Notre Dame to win in order to matain their hopes of making the Playoff for the second time in four years. The game will be aired on NBC and ESPN’s College Gameday will be on campus before the game. Hopefully every college football fan is able to tune into this huge game that could shape the rest of the college football season.