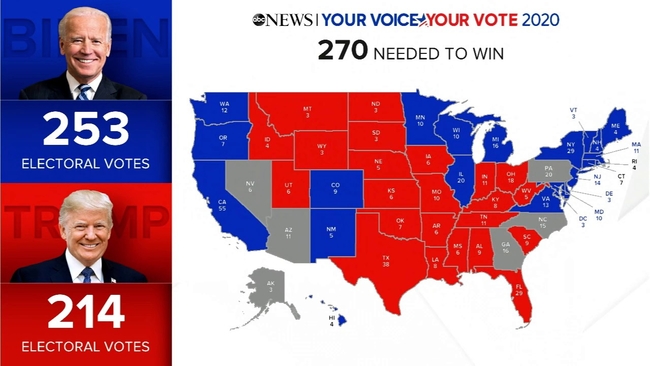 2020 has been far from normal and Tuesday’s presidential election reflected just that.

With mail-in voting at an all-time high and a nation battling a pandemic, the United States held one of the most important elections in our lifetimes. As expected, the night of November 3rd did not produce an immediate winner, and as I write this article, a winner has yet to be declared. 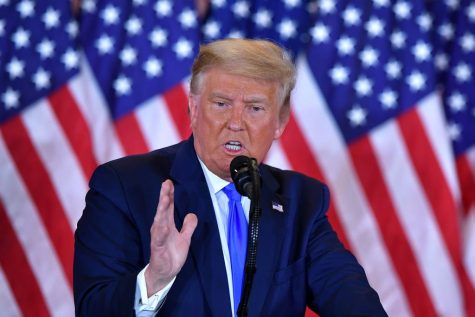 Though we did not find out who our next president will be, the night gave us exciting results to watch that kept both sides on their feet. The state of Florida reported results very quickly, leading to a 3.5 point victory by President Trump, rewarding him 29 crucial electoral votes. The state of Ohio also gave the incumbent a much-needed win, securing a solid 8 point victory in the

Buckeye State. These states were essential to the President; he simply cannot win without them. These victories gave the Trump campaign a sigh of relief before the clock struck midnight, but data in states like Arizona and the “blue wall” of Michigan, Wisconsin, and Pennsylvania was not looking promising. Fox News, a favorite news channel among American Conservatives, called the State of Arizona for Joe Biden, giving the former Vice President 11 electoral votes, cracking into Trump’s much-needed sunbelt states. The President was not happy with this projection, to say the least. Multiple sources reporting to Vanity Fair said Trump personally called Rupert Murdoch, the President of Fox News, demanding that the network retract the Arizona projection. Vanity Fair’s Gabriel Sherman said a source told him Mr Trump called Murdoch “to scream about the [Arizona] call and demand a retraction. Murdoch refused, and the call stood.” This call would only be a foreshadowing of what was to come for the President.

As evening turned into early morning, votes trickled in slowly and key battleground states were yet to be called. Near 1 AM, Vice President Biden appeared in his hometown of Wilmington, Delaware to make a statement regarding the results. Biden stopped short of declaring victory, but remained confident in where the numbers were headed. “I’m here to tell you tonight we believe we’re on track to win this election,” Biden sa 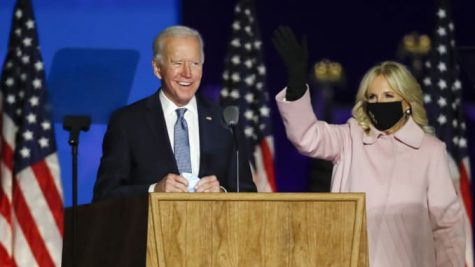 id. “I’m optimistic about this outcome.” President Trump gave remarks from the White House East Room at 2:30 AM, providing a strikingly different tone than the former Vice President. Trump said, “We were getting ready for a big celebration, we were winning everything, and all of a sudden, it was just called off. . . We were getting ready to win this election. Frankly, we did win this election.” This is all false. Trump has not won the election and wasn’t “winning everything.” The room packed full of supporters (unmasked and not socially distanced) cheered him on. His remarks on Thursday evening from the White House Briefing room added to the falsehoods declared Wednesday morning and expanded on his illegitimate premises of voter fraud. “If you count the legal votes, I easily win,” Trump said. “If you count the illegal votes, they can try to steal the election from us. If you count the votes that came in late — we‘re looking at them very strongly, but a lot of votes came in late.” Trump continued talking about how the election was “rigged” against him, but refused to provide evidence. Major Television Networks such as NBC, CBS, ABC, and MSNBC cut away from the address after the incredible amount of lies presented by the president. MSNBC’s Brian Williams said, “Here we are again in the unusual position of not only interrupting the president of the United States but correcting the president of the United States. There are no illegal votes that we know of, there has been no Trump victory that we know of.”

Regardless of the remarks made by both sides, votes are still being fairly counted. As of writing this, Arizona, Nevada, Georgia, Pennsylvania, and North Carolina are battleground states yet to have been called by most major networks. Trump stands at 214 electoral votes, while Biden holds a solid lead with 253. Biden is currently leading in Arizona and Nevada, both of which could hand him the 270 electoral votes needed to clinch victory. There is also an incredibly slim margin in Georgia of 1,079 votes, with Joe Biden in the lead. Pennsylvania is also not looking good for the President. Although he is leading by 42,000 votes, nearly 200,000 have yet to be counted and most of these are from strongly Democratic counties. Many pollsters, such as widely-acclaimed Nate Silver of fivethirtyeight.com, are predicting a Biden victory in the state.

Biden has much more flexibility than Trump right now. Biden needs to win just two out of the following to clinch victory: Arizona, Nevada, Georgia, and North Carolina. Or, if he simply won Pennsylvania and its 20 electoral votes then he would be over the finish line, setting himself up for the Presidency come January. Trump, on the other hand, must win Pennsylvania and Arizona, North Carolina, and Georgia to win the Presidency. The path looks increasingly narrow for President Trump.

Votes are still being counted and a projection on who will be our next president could be made any moment. In a time of great uncertainty regarding our nation, it is pertinent that we remain patient and allow election officials to count the ballots so we can move on as a nation and maintain trust in our Democratic process.