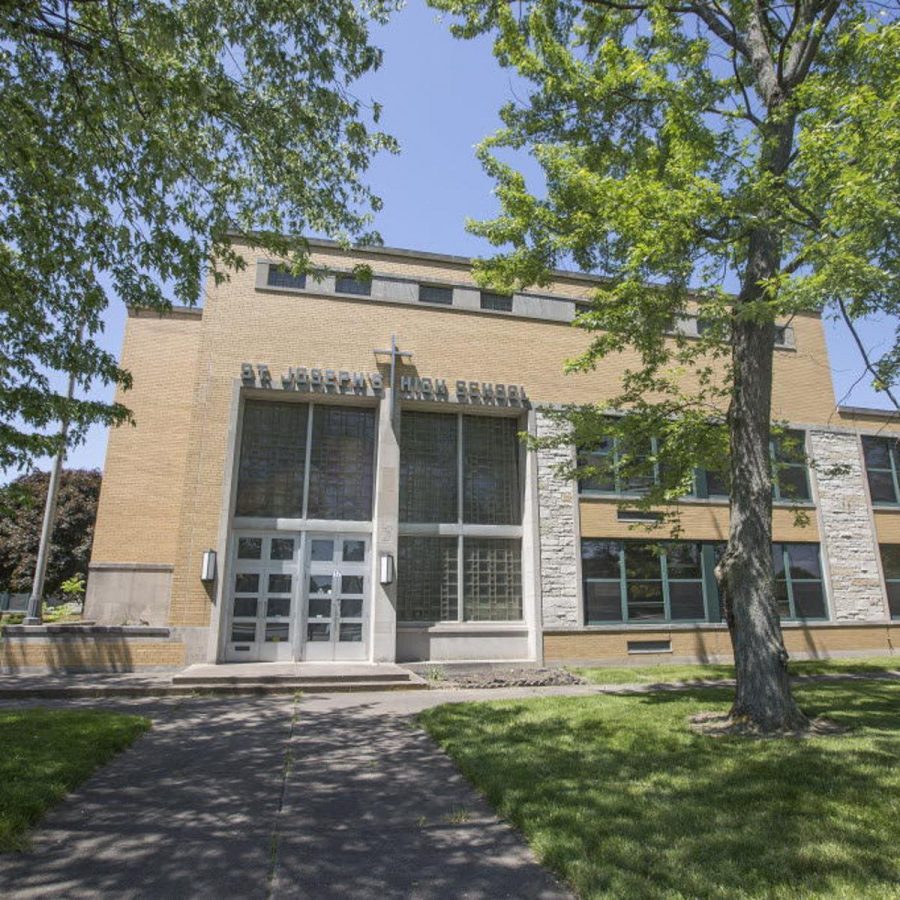 Continuing our series of articles about the Top 10 Moments in Saint Joe History, I’m here to reveal #6, #5, and #4.

Coming in at sixth place is a very prestigious award that our school received. Saint Joe High School was recognized as one of the Top 50 Catholic High Schools in the Catholic High School Honor Roll for our overall excellence in academics. This award clearly distinguishes our school from others and shows that we strive for excellence. This award applied to the school years between 2006 and 2013, and hopefully we can earn that award again with hard work and dedication!

The event that holds fifth place is none other than the age-old Holy War, which is actually a recurring event. This is the much anticipated football game between our school, Saint Joe, and Marian High School. We have had a rivalry with Marian for as long as the school has existed and students from both schools look forward to this annual football game to settle the score, once and for all. Unfortunately, due to COVID-19, this year’s Holy War did not nearly have as many spectators as past years, and this is a first in the history of the Holy War.

Finally, in fourth place, we have the year the Saint Joe became co-ed and mixed male and female students together in classes. This occurred a whopping 52 years ago in 1968. Previously the school was split into two divisions for boys and girls from 1953 to 1968, with the faculty mostly consisting of the Sisters of the Holy Cross and the Brothers of the Holy Cross. Of course, from 1968 and beyond, Saint Joe has been coeducational.

Thank you for tuning in to this edition of Saint Joe’s Top 10 Moments in History, and I hope you look forward to the final article about #3-#1!