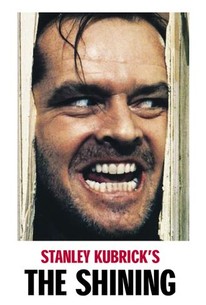 Perhaps best known for the iconic “Here’s Johnny!” scene, Stanley Kubrick’s The Shining is so much more.

A horror movie released in 1980 and based off of Stephen King’s 1977 novel,  The Shining is widely considered to be one of the greatest movies of all-time. Jack Torrance, the father of the family, is hired by the Overlook Hotel in Colorado to be the winter caretaker while the hotel is closed and snowed-in. However, as time goes on where the family is locked in, Jack begins to feel the effects of cabin fever, and begins to go crazy and very aggressive towards his wife and son, who live with him in the hotel. Additionally, his young son Danny, who suffers from abuse and trauma, begins to see the horrid experience of the previous winter caretaker, and how he grew aggressive towards his wife and children, and eventually killed them.

One interesting aspect of the movie is the theme of time and how particular scenes throw off the entire order of the film. As a disclaimer, I don’t believe that I am spoiling “The Shining” in any way, as it has been out for 40 years. However, if you want to avoid any meaningful details about the movie, skip this paragraph. Before the credit scene, the camera pans out on a picture frame in the Overlook Hotel. The image depicts Jack Torrance, the most recent caretaker, at a fourth of July ball in the 1920s, even though he was the caretaker decades later. This is a significant and mind-twisting scene, and it makes the audience question the plot of the movie, and just creates mass confusion. I would suggest watching the movie for yourself and coming up with your own theory!

Overall, I agree with the many movie critics that deem “The Shining” to be one of the greatest movies of all-time, and would give it a 10/10! The film is not just purely bone-chilling for the audience, but it also throws the viewer into a psychological maze. The many plot twists and question marks make the story very confusing, but in as good of a way as possible. The combination between the horror and confusion of “The Shining” makes the film very entertaining, and I would recommend this movie to anyone, regardless of their taste or interests, as it truly is one of the best productions ever.