A Much Needed Indians Hockey Victory 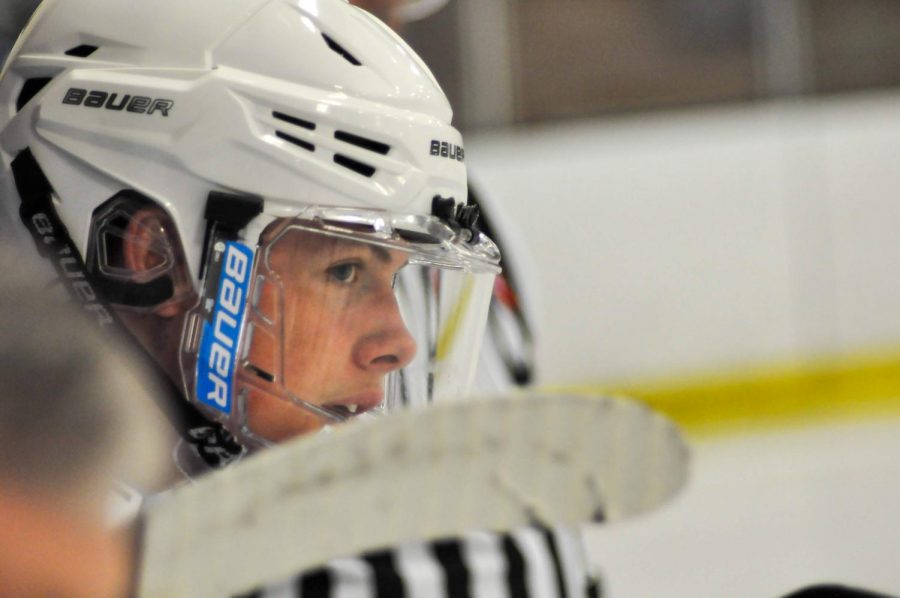 Keep your head high even in the face of distress.

Last Sunday November 15 the Indians finally took the ice again after the cancellation of two games. Games against Adams and Crown Point were cancelled last weekend giving the team only one game to come back from a downhill roller coaster. On Sunday the Indians prevailed for the second time this season against Lakeshore Saint Joseph.

In the first period Jack Plomin started the scoring off putting one in the back of the net and ending the period with an Indians 1-0 lead. We had became accustom to LSJ’s foundations and plays, understanding their techniques, but we could not finish our opportunities. There was no scoring in the second period. The Zamboni cut the ice and the team’s excitement was high again because they were finally working as a team and having fun.

The third period began and the LSJ warriors committed a penalty giving the Indians a Power Play. There was a miscommunication on the defense and even down a player the fast LSJ player broke free and put a short handed goal in the back of our net. This was very upsetting but didn’t stop the squad from applying pressure. The LSJ penalty expired and with 8 minutes left the warriors were again found short of a player. This time the Indians prevailed and took advantage of having an extra man. Charlie Eckrich put one away scoring a power play goal with seven minutes left in the finally period to put the Indians up. Closing in on the last minutes of the game a last ditch effort was made by LSJ. They pulled their goalie to put an extra skater on the ice but they could not control the puck. Kalvin Kerwin fought to get the puck out of the zone and found himself skating down the ice with an empty net wide open. He sealed the deal giving the St. Joe hockey team a much needed win. The game ended 3-1.

All players are back and healthy except for Saladman who gets his cast off and comes back THIS WEEKEND! The November 18 Wednesday game against Culver is canceled due to a spike in cases on their campus. This game will be rescheduled to a future date. The boys will play Penn on Friday night at 7:45 and Adams on Saturday at 3:10 both held at the Ice Box.