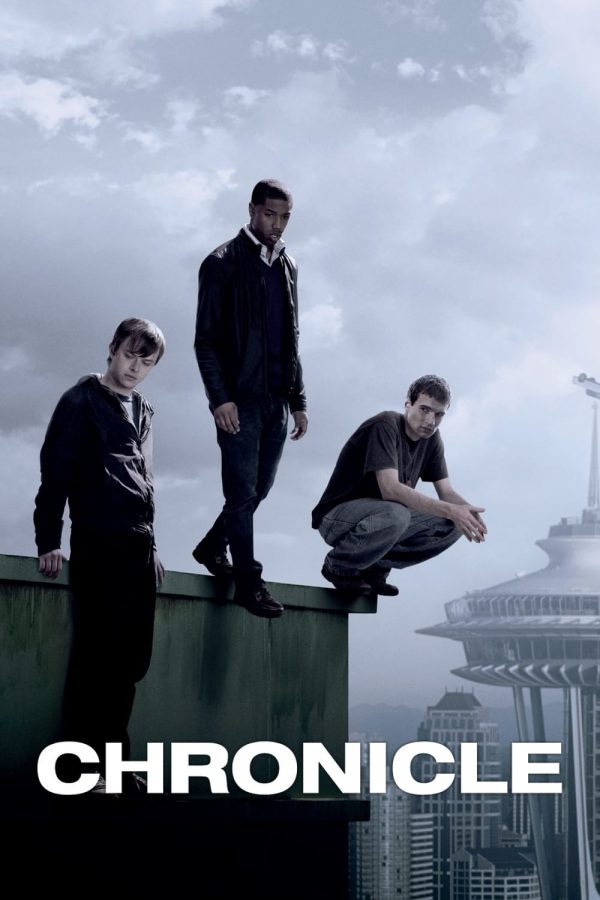 If you’re looking for a film to become completely enthralled with while you’re back at home in this Mode 3 school year we’ve fallen back into, might I suggest a movie from 2012 called Chronicle? It begins with a seemingly innocent introduction of the main characters and quickly moves on to show the sci-fi superhero story they start developing in.

The narrative then progresses to a darker story involving a disturbed and misunderstood teenager with insecurities and anger issues. The movie’s de facto main character, Andrew, is played by Dane DeHaan (Kill Your Darlings, The Amazing Spider-Man 2). Andrew is a high school student that deals with being shy, having a drunk for a father, and taking care of his mother on the verge of death. Andrew’s cousin, Matt, played by Alex Russell (Unbroken), is a smart and hard-working student who seems to be Andrew’s only companion. Steve is played by a young Michael B. Jordan (Black Panther, Creed), who at the time had been starring in some films and TV shows, like The Wire and Friday Night Lights. Steve is full of life, handsome and running for class president during the film.

When they investigate a strange hole in the ground and touch an extraterrestrial-looking object, they develop superpowers. After finding out they can fly, have super-strength, and can move objects with their mind, they start acting like kids and play around with their newfound abilities. Max Landis portrays the innocent fun the three have very well in the screenplay. This movie uses the idea of “found footage” to present the story to the audience. The majority of the movie manages to keep the audience captivated in a footage capturing perspective, be it Andrew’s camera, another person’s camera, or even news footage from a later scene in the movie.

As stated before, the story goes from being light-hearted and fun to being very dark. As the friends continue to abuse their powers in simple, non-threatening ways, Andrew begins to act out and his powers grow to match the rage that he has building up inside of him. The raw connection that is displayed in Jordan, Russel and Dehaan’s acting really pulls the movie together and allows for the dialogue to do what it was written to do: relate to the audience.

The film really plays and utilizes the playful goofing around the characters delve into. It’s after the life of Andrew as a pained individual takes the story to new heights that you’re able to feel the contrast in the film as a whole. For a story with typical teenagers tackling the ordinary burdens of life, Josh Trank’s Chronicle distinguishes itself from other films because of its ability to draw an audience in with emotion, plot, and absolutely stunning “handheld” cinematography. I highly recommend watching this movie and witnessing the pain in Andrew’s life, because the end will leave you stunned with emotion and begging for a sequel.