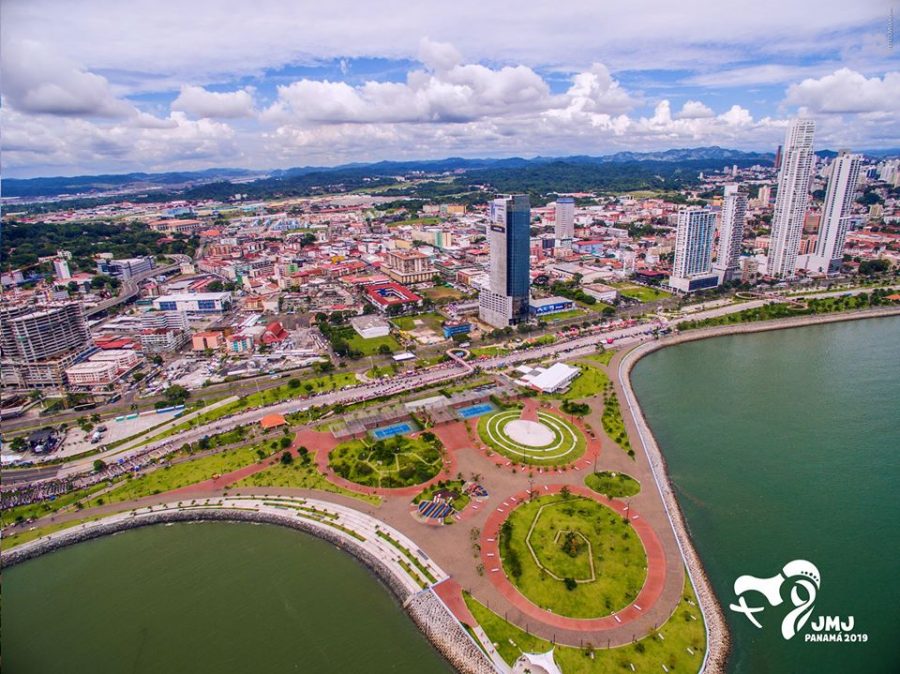 Upon our arrival to the Panama airport, we were greeted by a lively group of tours and guides. We were met with love and admiration, and we were made to feel welcomed. Though the check in process was long, we were easily able to make new friends. So many people were arriving in Panama city around the same time that we were.  Sunday morning eventually turned into Sunday evening once we had checked into our Marriott hotel in the downtown area of Panama. Sunday was still pretty early, since the actual World Youth Day festivities weren’t scheduled to commence until the initiation mass on Tuesday.

I was not alone on this World Youth Day journey, part of a group that consisted of many Diocese of Fort-Wayne students, including some students from Saint Joe. Not only that, but our very own Mr. Verhiley was in attendance as well. The many familiar and unfamiliar faces all helped to add a very unique and wonderful experience to my own.

On the first day in Panama, we decided that it would be appropriate to rest up and have mass in a conference room in the hotel which was followed by a small food banquet. This helped us start to get familiar with the food and culture of the city, since we were all fairly new to the Panama experience. That Sunday night was pretty much uneventful, and everyone either chose to rest up from the long trip or go out and explore the city a little. I think that it is fair to say that the hotel rooms offered one of the most comfortable and luxurious beds ever.

The following morning, on Monday, we had our breakfast in a Panamanian buffet in the hotel lobby. The foods ranged from your traditional bacon and eggs, to bean stuffed pastries or special Panamanian sausage. These delicacies would be offered to us every day during our stay in the hotel. Following breakfast, we went on a safari adventure that took us to a sloth sanctuary, a butterfly garden, a lift ride to the top of a mountain,  and a boat ride on the Panama Canal. All of these, as were explained to us, were a part of Panama history and are considered very important Panamanian Landmarks. All those took place in a Panama rainforest which, as we were told, holds a part of the historical story of the Panama canal.

The Panama canal is a man made intervention. At the time, the U.S claimed the land where the Panama Canal currently resides. They wanted to open a route that would prove to be cheaper, since going around South America would be too costly. Going through Panama would reduce the cost of exports and imports up to fivefold. The problem was that the only possible solution was through a mountain range in Panama. Through hard work and industry, workers started to cut right through the land to open up space. In this way, the U.S was able to create a system of water which would allow for a man made transportation through Panama.

This is an experience that took over 100 years, but was one of the many wonderful things that we would learn about on this retreat.