See what the top rated Christmas movies are. There should be something for everyone to enjoy. 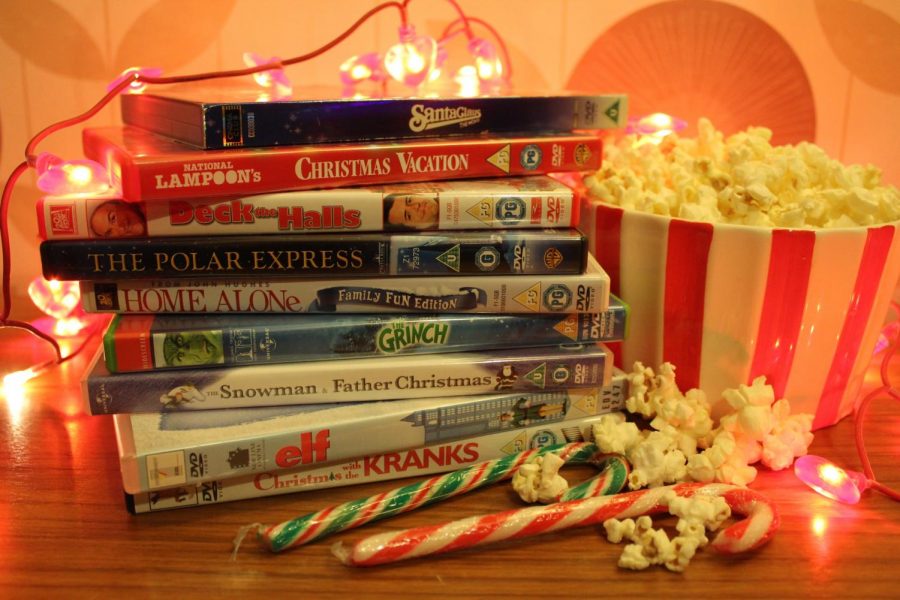 With Thanksgiving just ending and December just beginning it’s time to watch some Christmas movies. Below are the top ten watched Christmas movies and a little about each.

At #1 we have It’s a Wonderful Life (1946). This movie is about George Bailey, a man who struggles with depression and many other problems. He was thinking about ending it all until angels come to try to help him. We learn about the small town of Bedford Falls and find the blessings that George has been given in life.

At #2 we have A Christmas Story (1983). Watch to follow young boy Ralphie Parker learn how to avoid a bully. Also follow his dream of getting his perfect Christmas present, a “Red Ryder air rifle”. This comedy is full of laughs for everyone in the family.

At #3, Miracle on 34th Street (1947). Watch as ordinary man, Kris Kringle, turns into Santa Claus during the annual Macy’s Thanksgiving Day parade. After everyone loves him as Santa Claus, Kris appears at Macy’s frequently telling the customers and workers that he truly is the real Santa Claus. A court case takes place to question Kris and his mental health.

At #4 is a child’s favorite, A Charlie Brown Christmas (1965). Charlie’s friends do not understand why Charlie doesn’t love Christmas as much as the rest of them do. The animated film is based on Charles M. Schulz’s comic strip, Peanuts. Kids will be dying laughing at Charlie, Snoopy, Linus and the rest of the crew.

At #5 we have a favorite for any age, Elf (2003). Any person can laugh at Will Ferrell as he acts as Buddy the elf. Watch as Buddy travels from the North Pole where he grew up with Santa and elves to New York to look for his real father. Buddy has some troubles adapting from living with elves to living with New Yorkers that aren’t the nicest people. See if Buddy is able to reconnect with his father.

At #6 is my personal favorite, Home Alone (1990). Imagine being 8 years old forgotten and left at home when your family is going on vacation to Paris. Although, this was no big deal for Kevin McCallister. It was his Christmas wish to have no family. Throughout the movie we meet two robbers that are planning to rob Kevin’s house when his family is gone. Watch this comedy to see if Kevin is able to protect his house and out smart the robbers!

At #7 we have The Nightmare Before Christmas (1993). Watch Jack Skellington as he gets sick of Halloweentown and interested in Christmastown. He sees the bright colors and warm spirits and picks these over scaring people on Halloween. Jack decides to attempt to kidnap Santa so he can take control of Christmastown. Watch to see if Jack pulls off kidnapping Santa and leaving Halloweentown.

At #8 is another family favorite National Lampoon’s Christmas Vacation (1989). Any father would want the perfect Christmas for his children and Clark Griswald is no different. Families can be difficult though, and as Clark’s cousin shows up unannounced Clark’s plan starts to get off track. This movie is another comedy that will keep the whole family laughing.

At #9 is another one of my favorites, The Santa Claus (1994). Tim Allen mistakenly kills a man in a Santa suit and when Tim tries on Santa’s jacket he is taken to the North Pole. Tim is then told that he must take Santa’s place in order to save the next Christmas. The next morning Tim wakes up and thinks the visit to the North Pole was just a dream until he starts gaining a belly and a white beard that resembles Santa’s. See if it really just was a dream or if Tim Allen is the new Santa Claus.

#10 is also a well known book, A Christmas Carol (1951). Ebenezer Scrooge did not like Christmas, in fact he hated it. That was until he was visited by the ghost of his old business partner in the middle of the night. He was then visited by three more spirits that showed Ebenezer the pain he has caused by his behavior and cold hearted attitude.

Hopefully one of these Christmas movies was also one of your favorites. Consider checking out these Christmas shows and movies that are only on Netflix here. Remember to get in the Christmas spirit and notice all of the joy in your life!