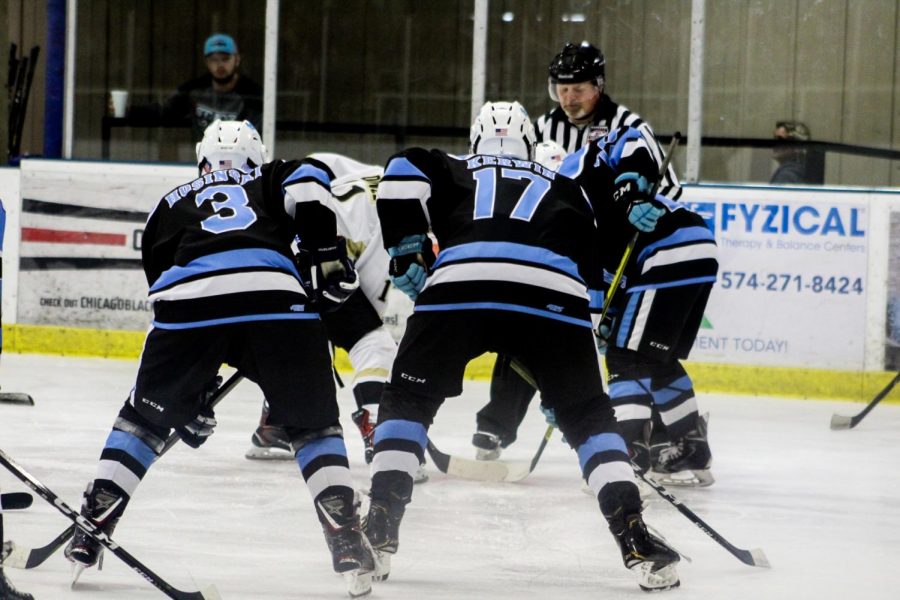 The Indians hockey team has had a rough road the last couple of weeks.

Not necessarily because of wins or losses. In fact, the adversity comes from off the ice. Just last week, the whole team was asked to quarantine until Saturday, December 5. That meant ten days off the ice for the whole team. They were left to try their best to stay in shape on their own and to prepare themselves for their game that Saturday against Lake Central, the second-ranked team in the state. So what did they do?

They tied. The Indians showed admirable resolve to battle to a tie with only four out of their usual six defenseman available and a forward core that was also struck by contact tracing protocol. Regardless, they found the back of Lake Central’s net and played a gritty enough defensive game to push on to a 2-2 tie. Not a bad result for the first time they had skated in ten days.

Now, the Indians face a slightly different challenge; they must prepare for three “crossover” games, which are games that are played outside of a team’s usual conference. These games allow teams to be seeded for the state tournament. They will face a variety of historically strong competition, including Homestead, Central Indiana (who beat the Indians in the state final back in 2017), and Columbus. If they want to be placed in one of the higher state brackets, they need three very strong results this weekend. A still-reeling defensive core will require everything that goaltenders Kyle Tupper and Zach Yergler have, and the forwards will have to continue producing at the rate they have been at.

This coming weekend will not only serve to prove Saint Joe’s mettle, but it will also prove that they deserve to be in the conversation for the top bracket of the state championship.