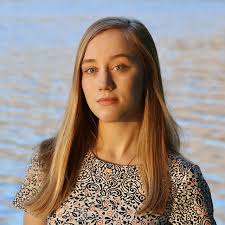 For her, music was always a part of her life, and she wrote her first song at the age of ten. The songwriting process, in her case, was very long and tedious, but it ensured she was happy with the result. She draws inspiration from a lot of different artists, but she doesn’t really believe it is always intentional. Some of her favorite artists include Coldplay,  John Mayor, Tori Kelly, and Dave Matthews band.

She believes her music falls under the genre of “singer-songwriter pop. But in terms of, like, the vibe or the feeling that I want is people driving and the sun is setting and you have that golden hour feeling. Or you’re in a warm atmosphere in a room. Just being able to sit and enjoy it.”

For her, the songwriting process really depends on the songwriter, the song itself, and many other aspects. “Sometimes I’ll have an idea that pops into my head. Like I’ll be writing things down and there’s a line that really sticks out to me and I think, ‘Oh cool, I’m gonna run with this.'” She goes on to explain further that it sometimes starts with a certain line or a certain chord progression that she really likes. McKie also mentions the time aspect, stating, “Sometimes it is really slow. It takes years to fit all together after multiple revisions of the chorus. And sometimes you can just write one out in ten minute.”

She also explains that it is sometimes necessary to sit on a song, explaining, “As more experience came about, I was better able to emotionally process and finish the idea that I had started. If you think about something too much it might begin to warp itself.”

“I wanna hype up Mrs. Kloser real quick.” Understand the importance of music came through an analysis exercise. She explains that the class had to listen to the song, “Blank Space” by Taylor Swift, and McKie was taken away by how deep the class went. “One of the biggest tools she [Mrs. Kloser] demonstrated for her students was, ‘But what’s the deeper meaning?'”

Another huge influence was being a member of the Christ the King Youth Ministry.

Youth Ministry helped McKie deepen her faith and grow as a person. The Saint Joe musicals also helped her get out of her shell.

“Having the opportunity to just get out there and help something beautiful with other people really helped me step back and see the reality of things and how beautiful things can be.”

For her, good music is not in a certain category; it is a mix of both storytelling and emotions. “I think the goal is doing both. One of the best ways to do both is to first approach it from a storytelling aspect. Like, write out the chronological events or something along those lines and then figure out how to artfully represent it in a way that hits peoples emotions.”

Saint Joe helped her become a generally better person. She learned how to write songs, she became good at a variety of subjects rather than just one subject. She also believes that Saint Joe helped her by giving her many opportunities to grow. “I don’t think I’d be able to have as much personalized time as I did at Saint Joe if I went to a high school like Penn or Adams. And that’s no fault to them, that’s just how I am. So I think, because of Saint Joe, I was able to do track, cross-country, soccer, and the musicals, and set crew.”

Towards the end of the interview, McKie shared some advice for aspiring artists. “Music is a hobby of mine, and I kind of want to keep it in that sector, but I also didn’t want to lose my math or science. I guess my plan is to get a job in engineering or something of that sort and keep doing music, and then seeing which one will win out in the end.”

Her music can be found on Spotify, Apple Music, Google Play, and Youtube under the name “Lauren McKie.” She also has unreleased music on her Instagram, @laurenmckie__. Finally, if you want to support with more than a few plays, she also has an account on Bandcamp, a site where you can actually donate to artists!

McKie is an incredible artist and has incredible natural talent. Go stream “City Lights” and “Something Sweet” now to understand firsthand!

McKie added “what I’m good at, where do my interests lie, and, ultimately, where do I want to end up. I think Saint Joe, in general, prepared me well to be a really well-rounded person…. It wasn’t so much what particularly in Saint Joe helped decide my major, it was more, ‘Wow, Saint Joe really gave me a good foundation.”