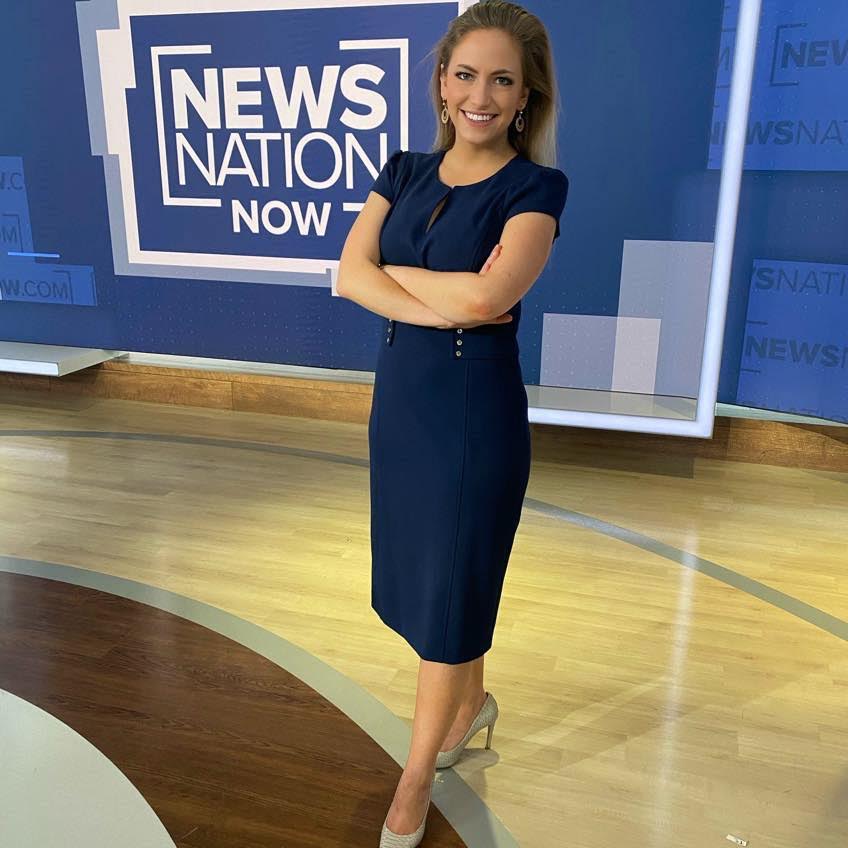 Amid the Covid-19 pandemic, Molly accepted a new job that required her to relocate to Chicago, Illinois. She is currently working as a zone manager at News Nation, which is a cable news outlet that airs on WGN America. As a zone manager, she is assigned to a certain region of the country to monitor and coordinate stories that may be worthy of being broadcasted on national news. This job requires her to keep track of all the big news in her region while attempting the national worthy stories for her company’s national broadcast. She is currently a zone manager in the Southwest so she regularly coordinates stories from Nexstar affiliate news stations. NewsNation is a new start up that launched in September, and Molly has been working there since June. Before the launch of this station, Molly aided in the prepping, training of equipment, and going over news philosophy with all of the new hires.

Molly gave an insight into her day to day life at NewsNation. She explained,
“One thing about news that is kind of interesting is everything is very proprietary and ticky-tacky with who owns what, who you can take from and who you can work with. Our company Nexstar owns us and they have a large number of local newsrooms that they own and they are all from a variety of affiliates like Fox, CBS, ABC, NBC. We work those local news stations directly for them to provide content to us. First on my day to day is I look at what our Nexstar stations are doing. One of my best stations is in Austin, KSAN. They are a little bit bigger city, higher functioning newsrooms. I’ll look at what they’re doing and take notes on what stories they are working on. Then I’ll look at the bigger picture of what’s going on. I have my on reporter in Dallas, Texas and we coordinate on her pitch. She will have organic ideas that she wants to pursue on her own and I’ll have ideas and we talk about that. Then there might be bigger stuff going on that we don’t have one of our affiliate stations covering it so I have to figure out how I am going to get someone to the Phoenix election office when there are protests. Sometimes I have to hire a freelancer or make phone calls to get the information. We also have pitch meetings twice a day where I update the team on what I have. Once they give me an assignment, I have to coordinate getting that video or getting that information and maybe getting some court documents. I then get all that stuff together and give it to the producers to work with.”
Between the Presidential election and a global pandemic, there was a lot of newsworthy topics to cover. When asked if the Presidential election increased her workload, Molly explained, “Every election is like the Super Bowl. It’s always a lot of work.” Her workload personally did not increase by that much because they would be covering news if there was no Presidential election. Instead of the workload increasing, the focus of her workload shifted from daily occurrences to the two presidential candidates.

Though this year was extremely challenging, Molly still chose to uproot her life and career to Chicago. Chicago has always been Molly’s dream city. She has a lot of family who live there and she loves the atmosphere of Chicago. Even though she had a job working as an assistant news director, one position below her dream position as news director, she applied for the position at NewNation in Chicago in order to give herself an opportunity to move to her dream city.

Despite a new job and a new city, the most exciting development in her life is her recent engagement. She has been together with her fiancé for a little over two years and they just got engaged this past September. Sadly, due to Covid-19, it will be a long engagement due to the fact that other family members pushed back weddings a year and she does not want to interfere with their plans. Their current plans are to get married in 2022 in South Bend at the Palais Royale.

With adjusting to this new job and a new engagement, Molly’s current plans are to settle into life in Chicago. Her future plans, however, are wide open. Her ultimate goal is to become a news director, whether that be at a small company in South Bend or a bigger company in Chicago.