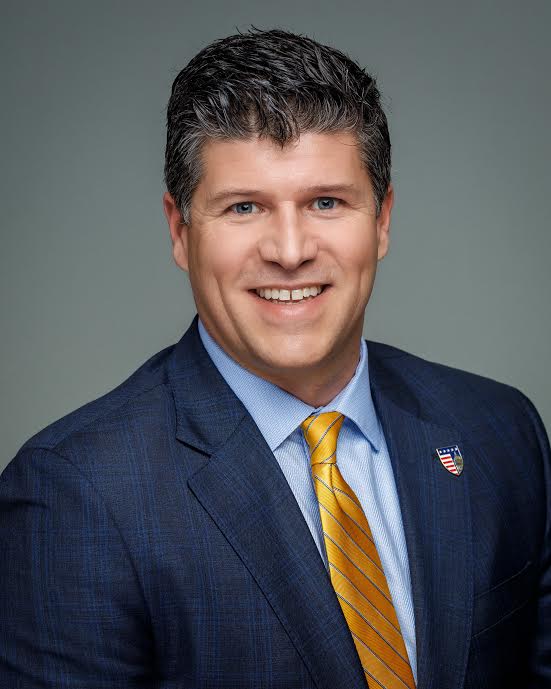 The beginning of Saint Joe’s academic school year in 1990 brought forth many new and eager freshmen, one of which was Mark Futa, a ‘94 alumni. Futa currently works for Notre Dame as a Regional Director, and has one kid currently going to Saint Joe, one that is close to graduating at Penn, and two that are still in grade school.

Even with working up to 40 hour per week in high school, Futa played football, ran track, and participated in many school clubs and organizations. As a wide receiver on the football team, and playing with Saint Joe’s very own Coach Downey, he and his team experienced many ups and downs during their sophomore and junior years.

However, during Futa’s senior year, when their team was projected to have a devastating losing record, they went 7-4, eventually losing to Northwood in the sectional finals. “The tides had started to turn for Saint Joe Football”, said Futa. “We were picked to lose most, if not all of our games, but we really changed the mentality for Saint Joe Football.” This senior class paved the way for two more classes that would have amazing seasons and set the tone.

HIs time with the Saint Joe track program also made for some great experiences and long lasting friendships. He ran the 400 and 800 meter dash. “My freshman year was a little rough…I struggled trying to fit in, but sports is kind of a great equalizer, so from sophomore year to senior year it was a great experience.”

Leaving Saint Joe, Futa was undecided on where to go and what to do, and he started his freshman year undecided on what his goals were. Not sure of where he would go, he decided to attend a university that was not a good fit. “I made the decision for all the wrong reasons. The good news is that I found IU and I went there for all of the right reasons.” He transferred to Indiana University  and finished his undergraduate degree there as well, eventually graduating with a minor in business that would end up shaping his future.

After college, Futa went to work for the Ford Motor Company.  Eventually he gained the opportunity to pursue more education. and apllied to the MBA program at Notre Dame. Futa realized that for the first time in his life he was “craving education”.

“We had doctors that wanted to get into administrations…we had numerous individuals from the military…we even had a former WNBA player. The diversity of the class really helped.”

Futa now works in development for Notre Dame – helping to raise funds that provide aid to families whose children have aspirations to attend the university but need financial help. Futa says there is great satisfaction in being able to raise money for a scholarship and help a student in need so that they can attend the university. Because he was not financially capable when he was searching for a college to attend, he takes great pride in being able to give back to students in the situation that he was in.

An important aspect of Notre Dame that Mark has admired over the years is the “Force for Good” campaign promoted at the university. The idea comes from Father Sorin, the university’s founder, after he experienced great loss with the burning down of the main building on campus and reduction of student attendance. Seeing the state that the university was in, he claimed that they would rebuild and work to be a force for good in the nation, and eventually the world. Since then, Notre Dame has implemented the idea of being a force for good in their community, and it’s something that Mark says he’s proud to be a part of.

Futa’s advice for students, “Have a plan, chase your dreams, but remember that God’s in control. I’ve known a lot of families that were disappointed when their child did not get accepted at ND. The following year they said, ‘My child loves their new college. God knows what’s best. That’s where God needed them to be.’ The reason I say that God is in control is because the best prayers can be unanswered ones. I still think that you need to chase your dreams. If your dreams, and God’s plans align, then you will miss out if you don’t chase them. So, have a plan, fight for your dreams, and always understand that God’s in control.”