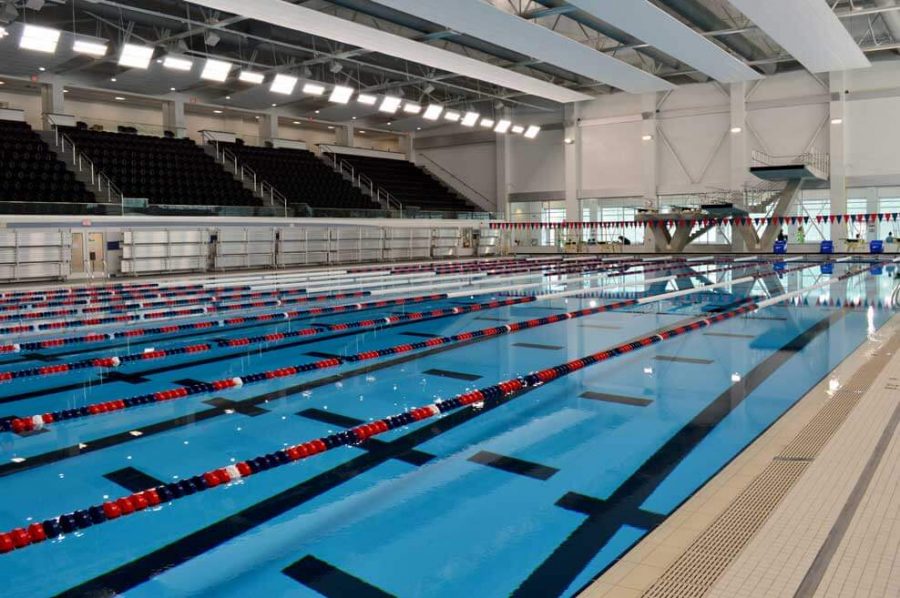 The Saint Joe Indians swam against the Elkhart Lions on December 14.

The Saint Joe Indians had a strong showing at the Elkhart Aquatics Center, swimming against the Elkhart Lions.  The meet took place after a long four day championship meet for several of the swimmers, bringing their racing total to five consecutive days.  The meet opened with relay wins from both the boys and girls 200 yard medley relays.

After the diving break, where Tatum White won the girls diving event, the Indians took back to the pool.  Jane Lloyd picked up her first individual win of the evening in the 100 yard butterfly and Sammy Sierra took him is second individual win in the same event for the boys.

The girls team won their meet against the Elkhart Lions 106-79.  The boys fell in a hard fought battle 85-94.  The two teams are heading into winter break training next week.