The Return of the Video King: EA’s NCAA Football 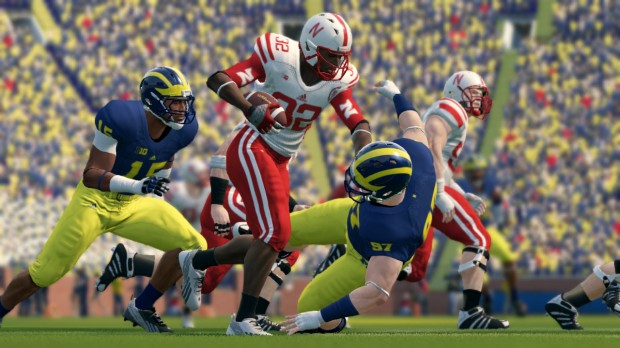 The college football video game was a highly-acclaimed football experience in prior decades. According to GameStop, the game deserved a 4.6 out of 5 star review. It was thoroughly enjoyed by not only younger kids, but by all age demographics.

However, despite its grand popularity, the game was discontinued. The reason behind this was a legal dispute between EA, the game’s developer, and the NCAA, regarding player’s likenesses. As a result, the NCAA “announced that it would not renew its licensing contract.” This halted a generation of college video football games that dates back to 2013.

Although it is still in the works and not slated to return for a couple years, the hype is high. The release date has not been announced yet, but it is rumored to be in 2023.  The uncertain release date is nothing for fans to be worried about, as the announcement means that there is a game coming, unless another lawsuit between NCAA and EA emerges. However, this is unnecessary to happen, as there would be no announcement. EA is working with the College Licensing Company to become licensing partners with colleges in the NCAA. It was also announced it will only be available on the Playstation 5 and Xbox Series X, next generation consoles.

EA announced it will be an immersive experience into the lives of college football players. It will allow players to go through the lives of football players, from college to the NFL draft, and the player is there the entire time to watch it happen. The announcement of this game is a revolutionary decision, not only for the video game world, but for sports as a whole.