The Most Controversial NBA All-Star Event 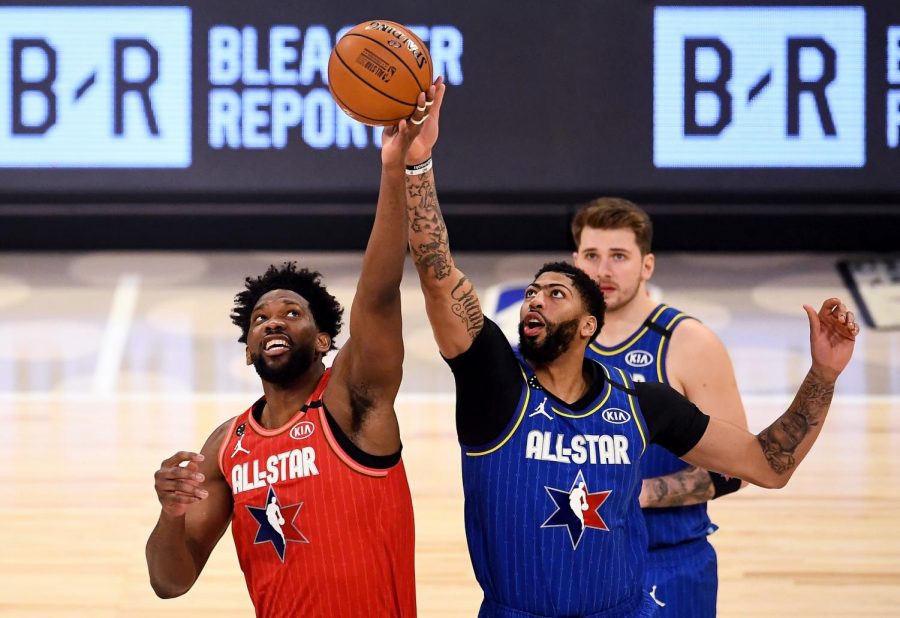 Joel Embiid (seen in red) and Anthony Davis (seen in blue) reach for a jump ball in the 2020 All-Star Game.

The COVID-19 Pandemic has taken away countless things in the sports world, and all-star events are no exception. No major sports league has hosted an all-star event during the Pandemic, and this was true up until recently when the NBA announced the 2021 NBA All-Star Event. The idea of all-star events returning to basketball should sound amazing to the NBA community, but surprisingly, the announcement has not received high praise from the most influential players in the league. So if those playing in the event are not too fond of it, what is even the point?

The 2021 NBA All-Star event will take place in Atlanta on March 7th, with the contest having a skills challenge, a three-point contest, a slam dunk contest, and a game. This is interesting news to everyone in the NBA fanbase, as there was no All-Star event planned just a few months ago. Shortly before the season began in early November of 2020, the NBA announced that there would be no All-Star event. This announcement was presumed to be true for months until February of 2021, when the NBA took back their statement and announced that the celebration would be held after all in early March. The event will be held in a bubble-like environment, with the players, staff, and guests quarantining starting on February 27th. No fans will be allowed.

When the NBA All-Star event’s return was announced, the response from the league’s best players was not what anyone expected. Arguably the best player in the history of the sport, LeBron James, immediately publicized his negative feelings for the event. James told reporters that the ceremony felt like a “slap in the face”, and that he has “zero energy and zero excitement”. Other players such as Kawhi Leonard and Giannis Antetokounmpo have expressed their distaste for the event, noting how it interrupts their break from the regular season and that the event will lack fans.

Whether the players are optimistic for the event or not, the 2021 NBA All-Star event will still occur. Two Saint Joe students weighed in on who they would nominate for an All-Star spot.

Senior Ben Bailey replied “I would nominate Steph Curry. He’s averaging 30 points a game and is a top five player in the West.”

Senior Liam Fuller thinks “Jayson Tatum and Jaylen Brown. I can’t say one without saying the other, and they’re arguably one of the best duos in the league.”

Many feel that Julius Randle is a no-brainer. He’s averaging 23 points and ten rebounds a game, and he’s one of many leading the Knicks to a hopeful playoff appearance. But maybe that’s just the bias of a Knicks’ fan talking.

The 2021 NBA All-Star event looked like another sports cancellation due to COVID-19, but earlier this month the event was revived. However, is it really worth it? Due to the event being limited by COVID-19 and the negative response from the players, it’s a question that will be asked frequently in the time before March 7th.