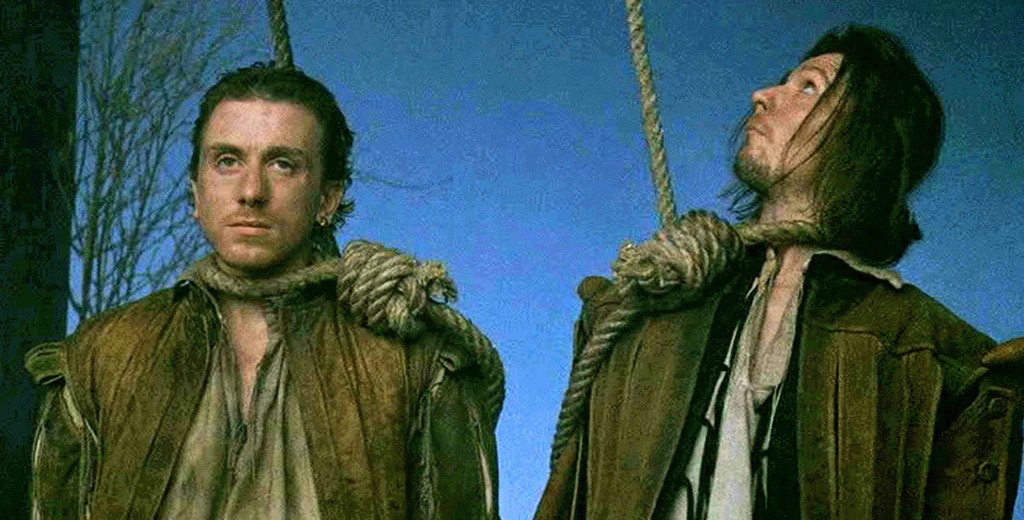 5 Absurd Plays You Should Experience

(Don’t worry you won’t have to write a paper)

The Theatre of the Absurd is, well, exactly what it sounds like. These are plays with plots, characters, and settings that are strange and impossible, even for fiction. The wild premises of these plays often make them hilarious, both in concept and while watching. However the incredible situations featured are often devices to question and break down common assumptions about life in the real, only slightly less absurd world.

A play about rhinoceroses…and a bit more than that maybe. The play stars Berenger, a drunk and weak-willed Everyman trying to get through his monotonous life. Monotonous, that is, until the people around him start turning into rhinoceroses. In this metaphor for how fascism spreads and takes root in a society, Berenger is left trying to stay human while the people he knows and cares for begin to join the rhinoceroses behorned ranks. Equally funny and tragic this play is more grounded than some of the other plays on this list.

Gus and Ben are two coworkers on a business trip together, reading the newspaper, and making tea. The only catch is that their business is murder. In this one act play, the two hitmen pass the time in a cellar as they wait for their target to arrive. They spend the time arguing about sports, what it means to “light the kettle” and complaining about the toilet in the cellar that takes two long to fill. However, the dumbwaiter in their room starts to bring down orders for food- that they don’t have. This kicks off one of the best parts of this play, the escalating tension and straining relationship between the two characters. The dialogue is funny and the plot a bit mysterious, if you’re looking for that.

Ok, this one you’ll probably either love or hate. Waiting for Godot is probably one of the most famous works of absurdist fiction. It is centered on Vladimir and Estragon, two men who wait by the tree for their associate Godot. The stand, act curmudgeonly, and eat root vegetables for most of the play. Eventually two more characters, Pozzo and Lucky pass by their way and they all make conversation. To be honest most of this play is just nothing happening- evidenced by the man the play centers around, Godot, never showing up. There is no real plot, just two guys being dudes standing under a tree. And if you’re into that, you should watch it. If that sounds absolutely boring to you, well, you’re kinda right. (It’s interesting, ok! It says stuff about death or something idk).

Hey, it’s that Ionesco guy again. Well, gosh, maybe Eugène’s pretty good at absurdist fiction or something. If the Bald Soprano is anything, it is surly absurd. The play’s “plot” centers around an English dinner party between two couples. The absurdism of the play comes from its dialogue, which is largely composed of meaningless phrases and non-sequiturs. Ionesco was inspired by the sentences in an English learning phrasebook he read. By the end of the play dialogue collapses into madness as the four characters on stage take turns exclaiming butchered aphorisms and clichés. The wacky dialogue in this play makes it a pleasure to watch performed by a good production, and is probably the funniest of the plays on this list.

One of the best plays to come from the theatre of the absurd. Rosencrantz and Gildenstern were two side characters in Shakespeare’s play Hamlet. In that play they are the childhood friends of Hamlet who have been tasked to track him, before dying unceremoniously off-stage only to have their death be briefly acknowledged at the end of the play in a somewhat underwhelming manner as, by that point, the stage is now filled with the dead bodies of most of the play’s cast. In Rosencrantz and Gildenstern are Dead (which takes its title from a line in Hamlet) Stoppard chooses to follow the side characters instead of Hamlet himself. In this play, Rosencrantz and Gildenstern spend their time playing games and arguing with a troupe of actors while the events of Hamlet happen around them. The play is funny, but also emotional in a way that many other absurdist plays are not, focusing strongly on the relationship between its two title characters.