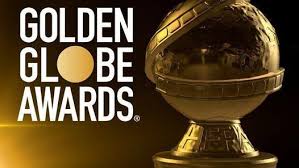 The 78th annual Golden Globe Awards were over the weekend on Sunday, February 28th. The award ceremony featured many renowned actors, actresses, and films.

Despite the plight of the global pandemic, some films were still able to be produced and premiered in 2020. Here is a recap of the most notable award winners and nominees.

Best drama motion picture featured nominations from Nomadland, Mank, Promising Young Woman, The Father, and The Trial of the Chicago 7. The indie film Nomadland took top prize for this award – the first ever film to do so that was directed by a female.  Nomadland also won for best director as Chloe Zhao made history as only the second female to ever win the award.   Besides gaining critical acclaim, the movie has also accumulated a 95% rotten tomato score.

The annual Golden Globe Awards were hosted again by Tina Fey and Amy Poehler – despite being on opposite coasts. Fey was in New York City while Poehler was in L.A. – making for a very unusual but memorable evening.