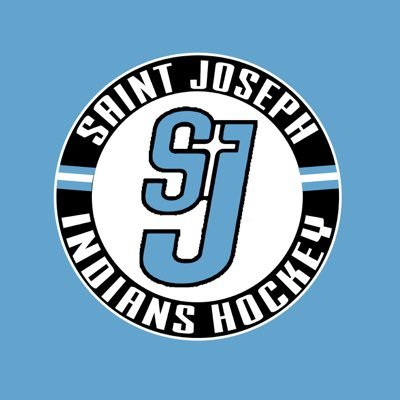 The team made it into the 3A bracket with the ability to face Evansville, Bishop Noll, Fort Wayne Vipers, Homestead, Zionsville, LSJ, and Valpo.

Fourth seeded Saint Joe played against the fifth seeded team Vipers who came out quick and put one behind goalie Tupper. After the sluggish start, the Indians Champ Ferrel bagged a goal before the end of the first to tie it up and get the energy back on our side. The second period began with another goal by the Vipers and a response from Saint Joe’s junior Sneaky Pete. This made it 2-2 at the end of the second period. The back and forth goals had stopped and both teams held their stance in the third. The game went into overtime – not a good sign for the Indians. The team had gone into overtime many times in the regular season and lost.  Once more the Indians were unable to capitalize on all the space of 3 on 3 hockey, and the Vipers ended the game sending the Indians to the losers bracket.

With some fire on their backs the Indians came back Saturday morning to play the eighth seeded Bishop Noll team looking to bounce back. The first period ended zero-zero before junior standout Karsen Meiszberg pushed the Indians ahead. Bishop Noll tied it up in the third period but Meiszberg had another in him netting the go ahead goal with a minute, twenty six seconds left advancing the Indians further in the tournament.

Next was the number one seeded Evansville for a spot in the semi finals. Brady Taylor put one behind the net minder in the first for Saint Joe but that was responded to by an Evansville goal. In the second period defenseman Hayden Hebard scored for the Indians  but Evansville picked up the pace to put two more goals in and give them the lead, ending the second 3-2. In the third period the Indians would grit their teeth and make a final drive to stay in the tournament. Teddy Hosinski made a beautiful play to tie it up at the end of regulation. Yet another overtime loss, however, ended the game and the Saint Joseph Hockey 2020-2021 season –  an up and down year with way too many overtime losses. Just one more goal every game would have made a huge impact on the season.

Thank you to the seniors Kyle Tupper, Avery Herendeen, and Kalvin Kerwin.

We will never forget the dedication these three had for the team especially during these times. The boys are very thankful that they got a season, despite some missed games and quarantines, we are truly blessed. Best of luck the the Team next year with the 9 Juniors stepping up to take leadership and we wish Kyle Tupper good luck during his Baseball career after saint joe.