Saint Joe students tell The Square who their team should draft in the 2021 NFL Draft. 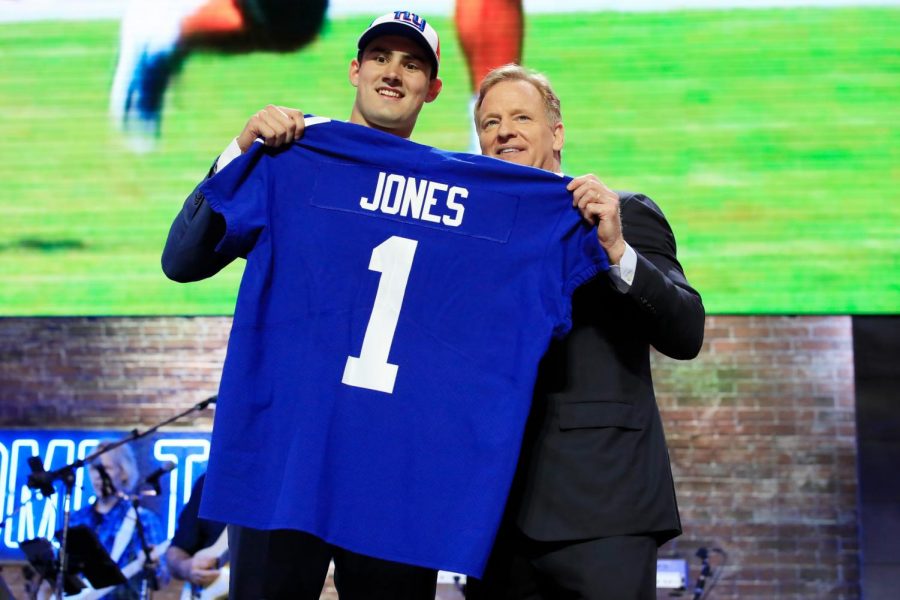 The first round of the 2021 NFL Draft is just over a month away, and fans are both nervous and excited for which player their teams will select. The draft is a great time for a franchise to change their trajectory and work towards success, as sometimes this success is just one player away. Students Ben Bailey, Liam Fuller, and A.J. Rotkis weighed in about who their team should draft, and it is clear that these football fanatics cannot wait until draft night. Will their predictions be correct? Or will their team draft someone out of left field? We’ll just have to wait and see.

Ben Bailey’s Carolina Panthers have the eighth pick. Almost every expert believes that Carolina needs a quarterback, and Ben agrees with them. If Ben was the general manager, he said, “I’d pick Trey Lance because of the Panthers need for a quarterback, and he has the highest potential of the quarterbacks in this draft besides Trevor Lawrence.” Even though Lance is from North Dakota State of the FCS, he definitely seems to be performing at an NFL level. During the 2019 season, Lance threw 28 touchdowns and 0 interceptions, and was a national champion. Trey Lance may not be coming from a big school, but he’s looking to make a big splash at the next level.

The 15th pick belongs to the New England Patriots, and Liam Fuller is looking for his team to draft a true franchise player. Fuller believes, “If Kyle Pitts is still available come pick 15, I would be thrilled. But if the Patriots take literally ANYONE but Mac Jones, I’ll be happy”. Pitts is a special player. He has the size and strength of a tight end, but the agility and hands of a wide receiver, and any team is lucky to snag him. I agree with Liam on his opinion about quarterbacks, as Mac Jones is completely overrated. I believe that if I had Devonta Smith, Najee Harris, Jaylen Waddle, and a stellar offensive line, even I could win a national championship at Alabama. This year’s quarterback class will be one to remember for ages, but I’m not completely sold on Jones.”

For this year’s draft, the festivities will be held in Cleveland, Ohio. This makes the Browns’ pick so much more electric, especially for superfan A.J. Rotkis. A.J. believes the Browns will use the 26th pick on the defensive side of the ball, as he explains, “I want them to draft Jeremiah Owusu-Koramoah (JOK) because he’ll add depth to their linebacker core that is lacking. I’d also want a new d-lineman because they need to get more players other than Myles Garrett at that position.” JOK was astounding during the 2020 season for the Irish, as he plowed through offenses and was a key piece for Notre Dame. JOK is a very underrated prospect and is likely to have a great NFL career.

The first round of the 2021 NFL draft begins at 8 PM on Thursday, April 29th. It will be televised on ESPN, and has become an event for fans to watch to see where the next talents of football begin their careers.