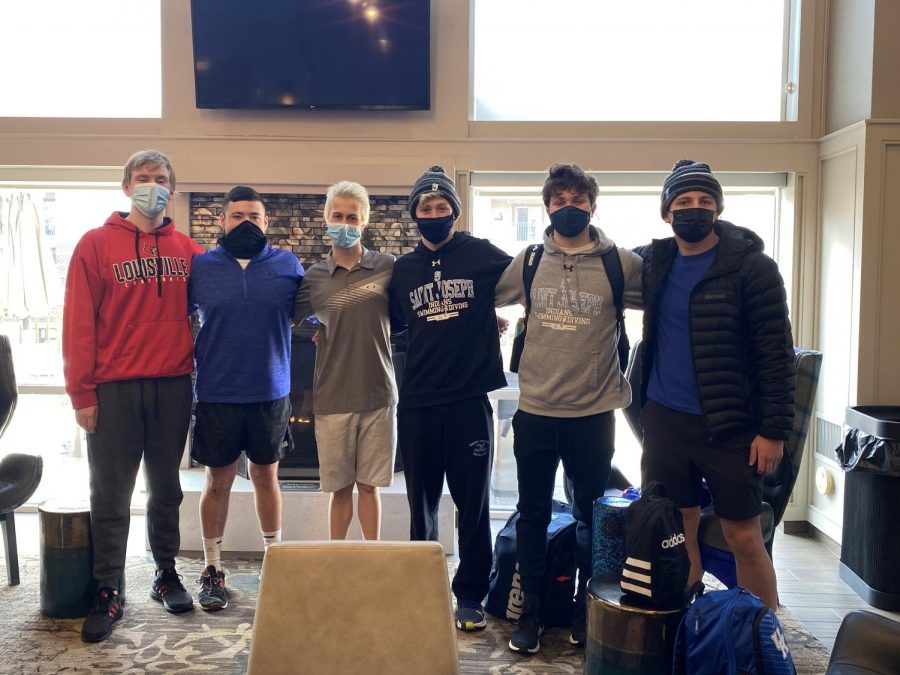 The Boys Swim team had a successful season this year highlighted by seniors John Bossler and Gage Hannewyk and junior Sammy Sierra.  The team faced many challenges throughout the season, the biggest being the fact that they did not have a home pool.  Both the boys and girls teams practiced at South Bend Washington High School twice a week and swam with Irish Aquatics in Elkhart four times a week.  The teams were unable to host any meets, but were able to hold a senior night celebration at Washington.  Every student athlete fought through the adversity to come out on top.

John Bossler and Sammy Sierra both set NIC Conference records and both were double conference champions (John: 200 yard freestyle, 500 yard freestyle.  Sammy: 200 yard individual medley, 100 yard butterfly).  John, Sammy, and Gage were all double city champions, setting meet records along the way.  The three were also all sectional champions and John won both of his events.  All three of them qualified for the IHSAA State Championships at the IU Natatorium in Indianapolis.