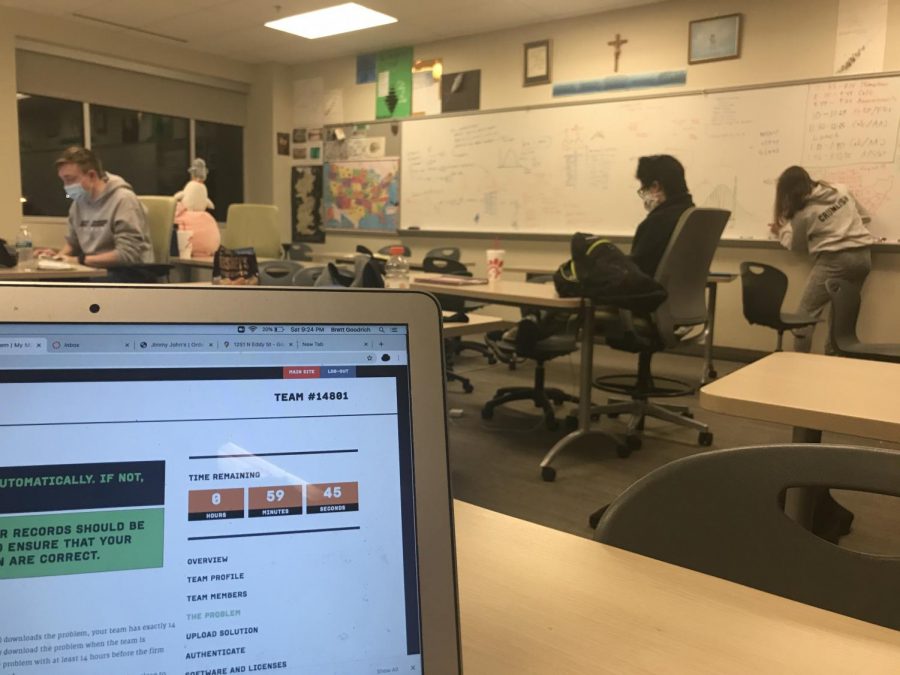 The Saint Joe Mathletes competed nationally at the online Purple Comet Competition on April 14 and 15, joining a field of 466 teams. In this competition, students in teams of 6 have up to 90 minutes to answer 30 questions as a group.

Saint Joe teams had incredible performances, placing 1st, 2nd, and 3rd in Indiana to sweep the state competition. The  “Academy of Carpentry” first place team featured seniors Dot Crumlish, Joseph Maffetone, and Louisa Davis as well as underclassmen Josh Culver and Anderson Davis. Although the team had to start at half strength, as members joined in the team was able to pull through and claim first place.

The team also showed great depth with outstanding performances by its next two teams. The “Saint Joe Indians” of Brendan Gonzalez, Tessa Berente, Sam Thomas, Emmanuel Thomas, Mary Clare Elliot, and Elle Dickson had an outstanding performance, finishing second in the state. Given that this team consisted mostly of underclassmen, a second place finish bodes well for the team’s future prospects.

Overall, the Saint Joe Mathletes dominated a large field and performed well across the board in this competition. Coach Brett Goodrich hope to continue their strong season on May 14, where they will host a competition.