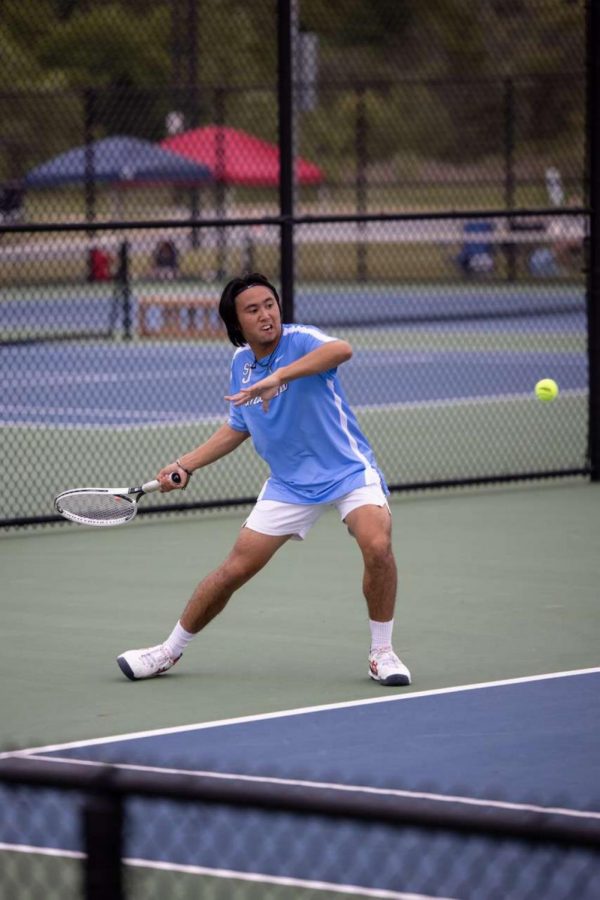 Kyle Fernandez has had a very successful 4-years on the tennis team.

Fernandez plays singles on the team, along with Will Westberry and Daniel Pries. He was awarded NIC all-conference for the first 3-years, and is hoping for a fourth consecutive year of recognition. Fernandez has also been all-state honorable mention for the past 3-years too, and lastly, earned the state sportsmanship award his junior year. Fernandez has had a tremendous amount of success and he is playing his heart out for his last season.

Part of his recipe for success is working hard to prepare in the off season. Over the summer, Fernandez practiced 2.5-3 hours 5 days a week. He has dedicated so much time and energy to his love of tennis.

Last year the team made it to semi-state and came up one match short of reaching state. Fernandez is also a great leader on the team and has been named a captain as a junior and a senior.

Along with leading the team to many victories, Fernandez has also worked on bringing the team close together so it feels like a family – recognizing the many different, unique individuals which he thinks makes the team so special and so close. Fernandez says that there is respect given to every player throughout the team because of the family culture. Both JV and Varsity always support each other and watch each other’s matches.

Fernandez says that throughout his 4-years of Saint Joe tennis he has realized that working hard even when tired or sore pays off.

This upcoming Tuesday the boy’s Tennis team has the NIC tournament and they are looking to win that for the 4th year in a row, make sure to come out and support. Go Indians!