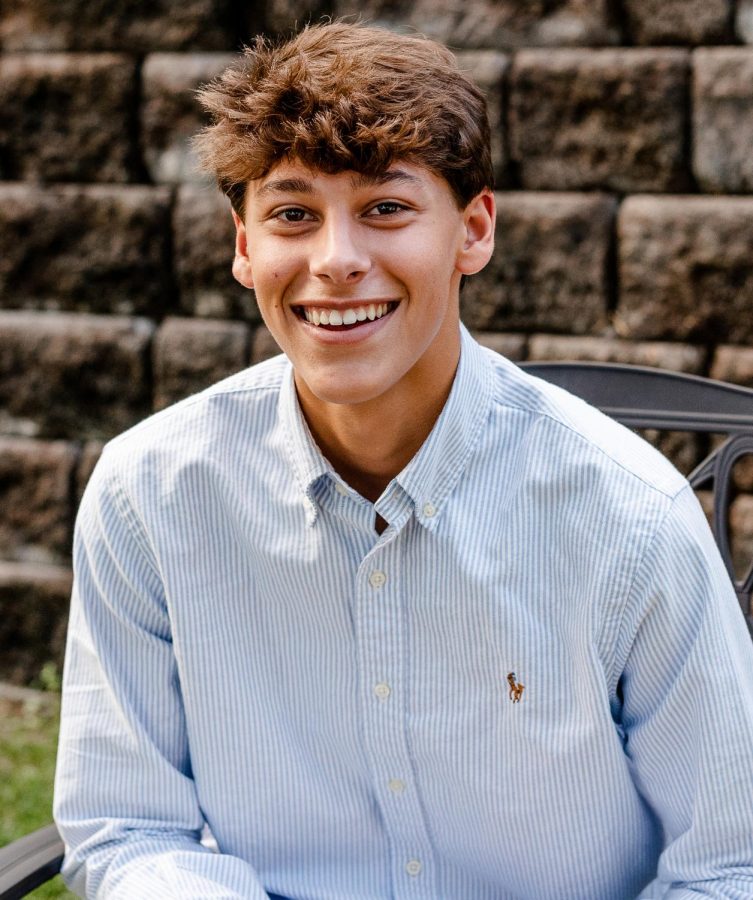 Senior Jake Deahl has achieved some amazing accomplishments the past three years at Saint Joe.

Deahl, a multi-sport athlete in football and basketball and captain for the football team, explains his role on the team.“Being a captain is thought to be special, but at the end of the day it’s really just an extension of myself. On offense I play wide receiver and I’m the kicker and punter for our special teams unit and with that comes a lot of trust between me and the coaching staff. My actions on and off the field are reflective of who I am as I believe that leadership should be reflective of one’s characters and actions. The team looks up to Zach Kennedy and I but we can’t be complacent, each week brings a new opportunity to get better and work hard which is what we need for a successful season.”

Deahl has a passion for learning and spending time with his peers. He says, “school has brought me a desire for growing and learning and it has prepared me for a God-driven future.”

On top of being an athlete, Deahl has excelled in academics. Some noteworthy achievements include going to state for Mock Trial two years in a row. On top of that, he has won the Academic Award of Excellence in Spanish I, Spanish II, Spanish III, AP Macroeconomics, AP US History, and finally Sociology.

Continuing his hefty list of leadership roles, Deahl is president of the Best Buddies chapter at Saint Joe, which was officially recognized by the state of Indiana over the summer. He is the president of the senior class, a member of NHS and Spanish Honors Society.

At the end of the day, Deahl wants to leave a positive mark on Saint Joe. Serving as an example of kindness, Deahl epitomizes what it means to be a positive friend.

Next year he hopes to attend UPenn, where he plans to study business.