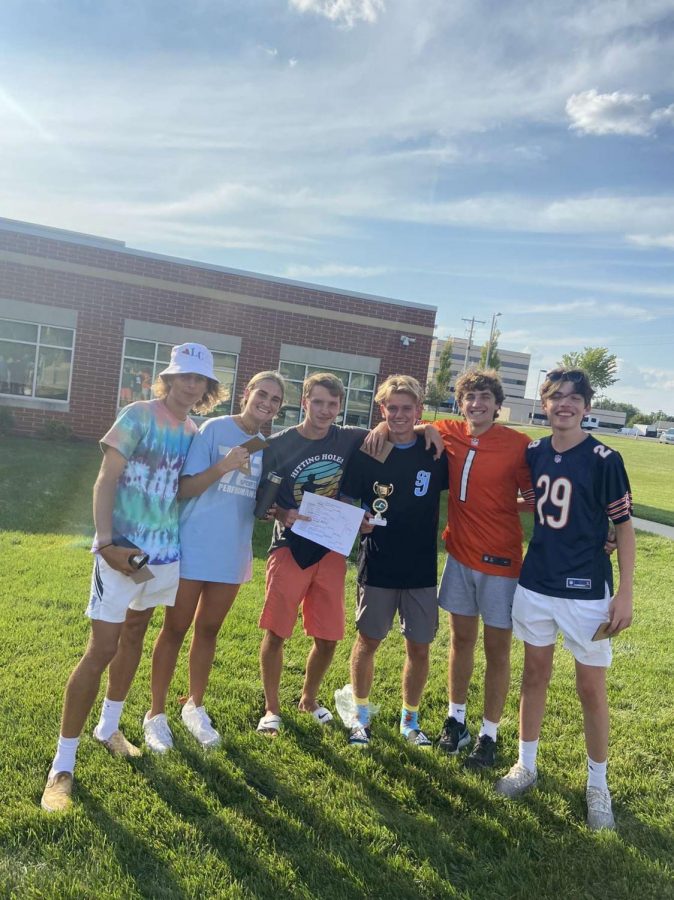 Top 3 teams in the cornhole tournament

This Sunday, September 19, 2021, the Ronald McDonald House Club hosted the first ever Ronald McDoanld House Cornhole tournamnet. Boards were lined up in the Faculty Parking Lot as everyone was excited to compete for the top prize.

34 teams came to compete including teachers, Mr. Goodrich and Mrs. Gallagher. The competition reigned tough and the final four was set for Lucas Miller and Jack Miller to face off with Jack Quinn and Colin Griffith in the first game. On the other side of the bracket Piotr Nabryzski and Mary Claire Raster faced off against Cece Farrell and Olivia Elston. The Miller brothers took down Jack and Colin in a hard fought battle and Piotr and Mary Claire won a tough game against Cece and Olivia.

After the event I caught up with the leaders of the Ronald McDonald House Club to ask how the event went. Ellie Miller said, “We made a lot of money for a good cause.”

When Brendan Pruitt was asked how the event went he responded with, “We had a very fun time. Special congrats to Jack and Lucas Miller.”

Despite the competition, the Ronald McDonald House Club worked for a great cause and a fun activity for Saint Joe students to participate in this weekend.