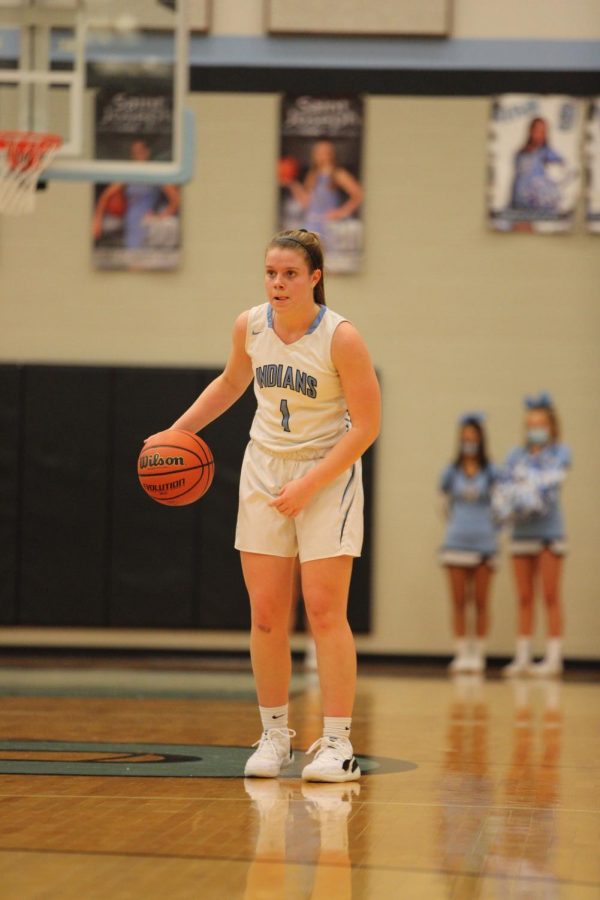 As the college application process intensifies for high school seniors around the country, one of our very own Saint Joe seniors already knows where she will be studying for the next few years. She won’t just be studying but also playing hoops! Saint Joe Star Kelly Ratigan committed to play at the University of Loyola Maryland over the weekend.

Ratigan explains, “I was first introduced to Loyola as a possibility for me over this past summer. The Coaches have been nothing but supportive over the recruiting process and I fell in love with the school itself when I went out to visit earlier in the school year. They have an awesome basketball program and the academics I was looking for in a University.”

Over the summer and the past seven years, Ratigan has played AAU travel basketball at the highest level. This past summer she played on a Detroit-based team that traveled all across the country to national tournaments and showcases attracting attention from the top scouts. This level of competition allowed her talent to shine on the big stage. According to a major sport recruiting site RecruitLook, there are approximately 124,000 senior high school women’s basketball players and only 4,600 freshman spots available at the collegiate level.

Ratigan wants to be a part of that 3.7% as “[she’s] had a blast playing High School and AAU basketball and I always wanted the chance to play at the next level” and Loyola University Maryland was the perfect fit.

Playing basketball isn’t the only thing that Ratigan excels at, her leadership and character are demonstrated in the hallways and in the classroom. Over her four years, she has earned multiple academic awards and consistently earns straight A’s and high honors awards. Her impact goes beyond the classroom as she has been Freshman, Sophomore, and Junior Class President and is our Saint Joseph Student Body President. Not only did her skills on the court impress coaches, but so did her leadership and academics. Loyola came calling and Ratigan answered. She said she’s ecstatic about experiencing a new area of the country in Maryland, “I think I’m most excited to live on the East Coast and meet new people…I’ve always loved the East Coast and I’m pumped I get to live there for the next four years.”

Kelly Ratigan hopes to make a difference in the classroom, on campus, and on the Women’s Basketball team at Loyola Maryland University. 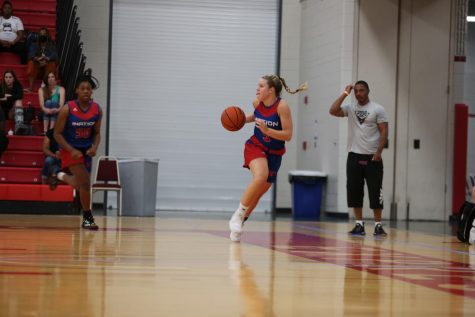