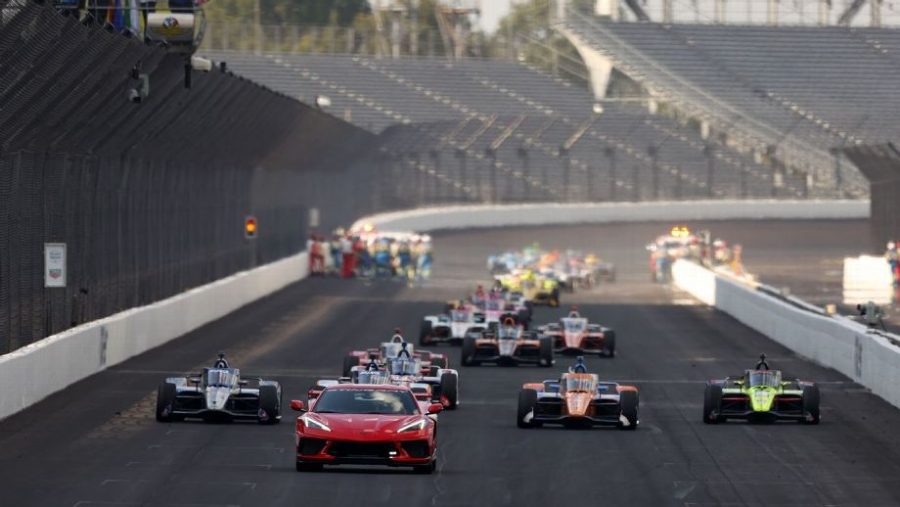 It continues to be the biggest event in auto racing – right here in our own state. The event, of course, is the Indy 500 – though this year it arrived later than usual due to the pandemic.

Takauma Sato won the 104th running of the Indianapolis 500 on a caution after a terrifying crash involving Spencer Pigot with only five laps remaining.  Sato had been battling with Scott Dixon for most of the race for the lead position.  The event featured several big wrecks this year.

The first occurred during lap 5 when James Davidson’s front right tire caught fire and took him out of the race early.

Lap 26 brought a crash into the south chute for Marcus Ericsson.  “It sort of took me by surprise with the rear stepping out like that,” the Swedish driver told NBC Sports.

Indy 500 rookie Dalton Kellett made heavy contact with the Turn 3 wall on lap 84, taking him out of the race.

Not long after, Conor Daly spun out after turn 4.  Oliver Askew, trying to miss Daly, also spun out and hit the inside wall with quite a bit of force before hitting Daly’s car.  Both drives narrowly escaped major injuries.

Another rookie, Alex Palou, took Turn 1 high and lap 122 and ran into the wall, ending his debut outing at the Indianapolis Motor Speedway.

Alexander Rossi, who was leading for much of the race, was handed a penalty after running into Sato coming out of the pit road and was forced to start from the back of the field.  Shortly after, his car stepped out on Turn 2, like many others that day, and resulted in his car running straight into the wall on lap 145.  “We just lost it, a lot of dirty air back there and it’s been tough in T2 all day.  I thought we had the car to win,” Rossi told NBC Sports.

Lap 195 held the most horrific wreck of the day.  Spencer Pigot lost control of his car off of Turn 4 and slammed into the wall.  He rebounded off of the wall and went straight into the pit road attenuator barrier with tremendous force.  Pigot was able to climb out of his wrecked car seemingly uninjured but was taken to a hospital for further evaluation.

Scott Dixon, the IndyCar Series points leader, and winner of the 2008 race, was the heavy favorite to win the race last Sunday.  The 2020 Indianapolis 500 was his third career runner-up finish. He almost kept Marco Andretti from the pole for the race.  Dixon also had the strongest car for most of the race but couldn’t take back the lead after the caution was thrown, allowing Sato to claim his second victory of the Indianapolis 500.  Sato became one of the only 20 drivers to win the race at least twice in their careers (He also won in 2017).  He continued his four year success of top three finishes at the Indy 500.  Pato O’Ward was the top finishing rookie, placing fifth.

Next year the race will hopefully return to the Memorial Day weekend, but fans were simply glad that the annual event was even held in 2020.