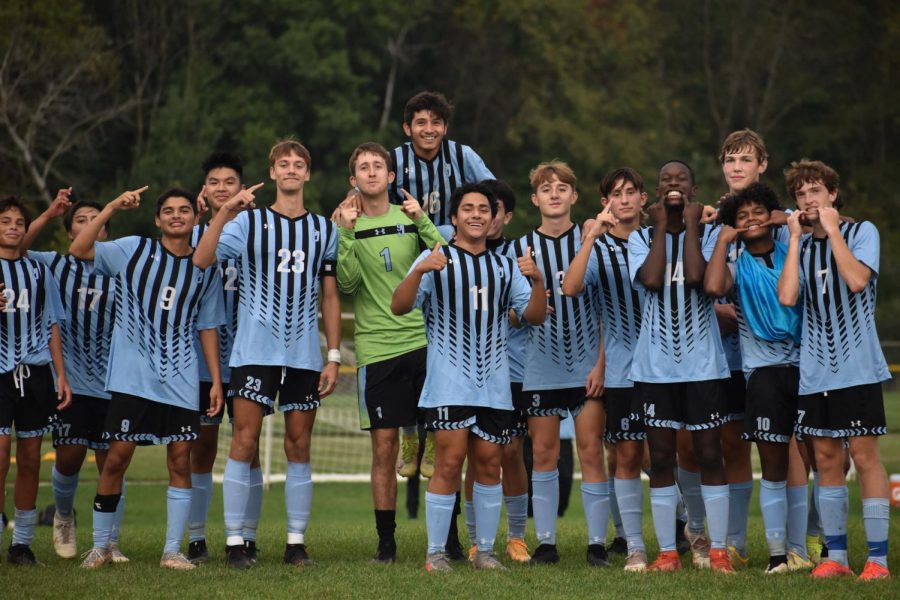 Boys Varsity Soccer ended the season with a .500 record, 7-7, with two non-conference ties along the way. The guys fought hard in every game they played.

They played two games before facing a loss. Their tough stretch of opponents began with Chesterton, and continued over a four game skid. After Chesterton they played Elkhart, losing the game in penalty kicks. They ended the rough patch with a win against Plymouth in a 2-1 battle. After beating Plymouth they were defeated by Adams, they went on a five game undefeated stretch.

St. Joe took down a top 5 state team, the Penn Varsity boys. The night was intense, and the weather was undesirable. It was a cold and rainy September night characterized by grit amongst the players. Watching the game, one could see how bad the St Joe players wanted it. At the end of the day, it was their desire to win that got them to where they ended up. St Joe fought harder and outworked the Penn Kingsman. Multiple spectators pointed out how fast paced the play of St. Joe was compared to their opponents. Junior Trey Place dominated the field, scoring one goal and one assist.

The final regular season game pitted the Indians against Marian in the Holy War but they fell 2-1. After the loss, St Joe had a one sided battle against Glenn in the playoffs, beating them 9-0. The Boys season came to a heartbreaking end against Bremen High School, losing 3-0. After all the highs and lows of their seasons, the boys were grateful and emphasized the importance of their brotherhood.