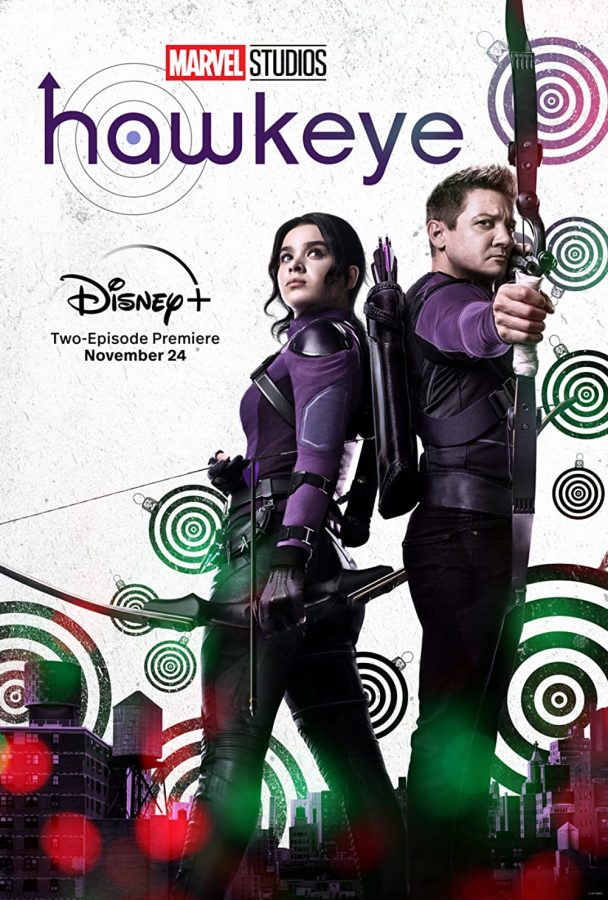 The sure-shot archer tries to deal with his past re-emerging as the 4 years in between Avengers: Infinity War and Avengers: Endgame threaten his ability to be with his family for Christmas and make it impossible for him to leave the superhero world behind.

On the other side of the coin is Hailee Steinfeld as the young aspiring hero Kate Bishop as she stumbles upon a murder mystery, high society crime, and the suit of an infamous vigilante named Ronin. The final member of the main cast of three is the most lovable member –  a golden retriever with one eye named Lucky the Pizza Dog.

The show is the most street-level and least superpowered the Marvel Cinematic Universe has ever been with the villains of Jack Duquesne as the Swordsman, the humorous Tracksuit Mafia, the deaf assassin Echo (Soon to have her spinoff series), and finally the White Widow or Yelena Belova; the sister of Black Widow played by Florence Pugh from the recent 2021 Black Widow movie.

As this movie is a holiday show it is compared to the famous holiday of Die Hard and it will be interesting to see if it lives up to the hype. Although the Internet has had other plans with the influence of Matt Fraction: Hawkeye comic run, Kingpin Theories, and the internet’s want for a Roger’s The Musical in real life. No matter what this show does it will be fun to see?