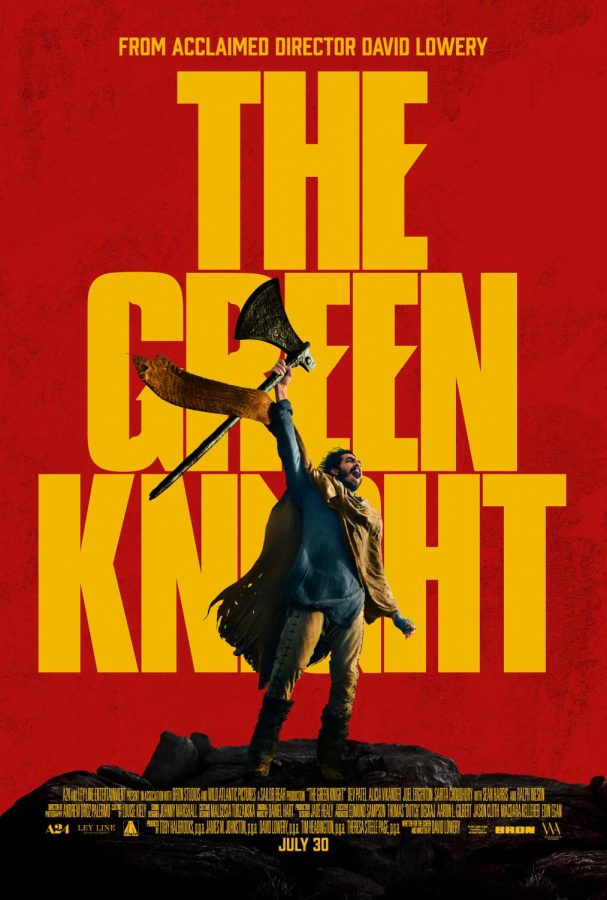 Green Knight is a new cinematic take on the classic arthurian tales of old England using visual storytelling to show both the emotions and feelings of Sir Gawain (Dev Patel) while also moving forward the story in a surreal way.

“Green knight” is inspired by the tale of Sir Gawain and the Green knight. This story begins with a focus on the follies of man showing the way in which Gawain lives his life and how it has benefited him to give into his human desires without regard for any of the consequences or people affected. He is forced to face these consequences when the green knight arrives at King Arthur’s banquet which Gawain is attending.

The Knight states that he will stay in the court of the king until someone takes the knights axe and cuts off his head. Gawain in his desire for power begs the king to let him handle this affair. After the knight is beheaded he states to Gawain that in one year the Gawain will seek out the knight and be Beheaded just like he was.

The story continues a year later as Gawain begins to venture out to find the knight and keep his honor. Gawain’s journey focuses on the idea that all of your actions have repercussions and shows this idea in one of the most cinematic experiences of the year.