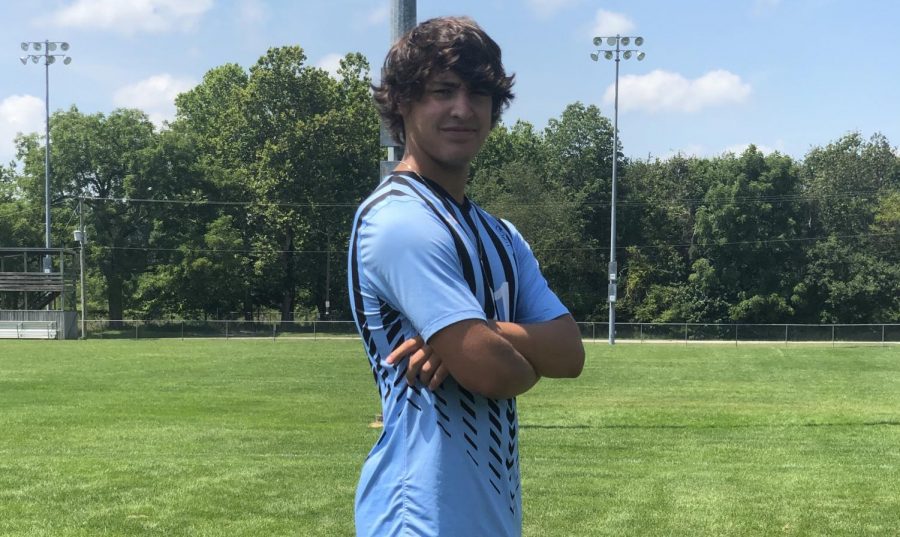 They call him “Beast…” He’s scored in sectionals, regionals, and a semi-state game: Saint Joe boys’ soccer captain Kyle Smith has his eyes set on a successful senior season.

As school begins to get rolling, so have the Indians’ fall sports teams. A team to be especially mindful of is the boys’ soccer team. Fresh off of their first state championship appearance since 2003, the boys want to prove they’re not just a one-hit-wonder. Leading the charge is senior captain and forward Kyle Smith. Scoring 11 goals in his freshman year, he proved that he was ready for the varsity level from day one. His next two years were similarly productive, as he bagged 11 goals his sophomore season and 12 as a junior, including the game-winning goal that took down Leo and sent the Indians to the state finals.

Smith’s performances and leadership skills were more than enough to earn the captain’s armband for his senior season, which has been off to an admittedly slow start. He says “we need to find a way to get the boys going and keep playing our game.”  After a crushing defeat to Chesterton, the #3 ranked team in 3A, the top division of Indiana boys’ soccer, Smith and the team are looking to rebound and will begin the quest to make a playoff run.

The Indians play a very strong early season schedule, facing off against teams such as Warsaw, Elkhart, Goshen, Chesterton, Lake Central, Crown Point, and Munster, all of which are top-25 teams in the top division. Smith believes that if the team can focus on the positives that come out of these challenging games against strong competition then they can make a strong run in the 2A state tournament later on in the year. Kyle will play a key role in this season’s result through his ability and leadership, and he is looking forward to one final year of memories.

The Indians play in the Indian classic against Plymouth on Saturday, so make sure to show your Indian pride in this big matchup and support Kyle and the team.