Hockey’s Recap and Prep for City 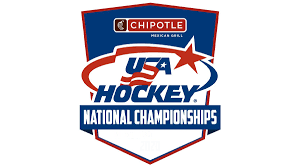 Wrapping up the weekend with two victories over a chippy St. Edwards (OH)team, the hockey team won the series 2-0. Late on Saturday night, the Indians triumphed over St. Eds with an impressive 6-4 victory, with goals coming from Tirotta, Taylor (2), Balint, Plomin, and Deve. The Indians displayed impressive movement on the PowerPlay as well as structure on the penalty kill. On the penalty kill, B. Taylor and C. Eckrich took advantage of a loose puck and flew down the ice on a 2 on 1, with Taylor burying a pass from Eckrich. The very next night, the Indians struggled to produce, yet, still took the victory with a 2-1 game. Goals were scored by Tirotta and Hosinski.

After losing Karsen Meizberg to a collarbone injury, the Indians are hoping for the best and for a speedy recovery. Meizberg is an essential part of the team and the Indians must fill the gap in the meantime. The boys begin their preparation for the city tournament coming this weekend with the #1 seed, earning a bye in their first game. The Indians will play the winner of the #4 and #5 seed.

The Team also made their way into the highest bracket in the state rankings, 4A. While the journey will be difficult to the top, the boys have displayed much discipline and determination. In addition, the boys were accepted into the National Tournament in Dallas, Texas, the boys have been fired up. They wish to make a statement not only to the state, but to the country. Teams from all around the world come into Dallas to compete in different brackets, while the brackets are yet to be released, the Indians still have high hopes.