Better Call Saul Shapes Up For an Exciting Season Finale 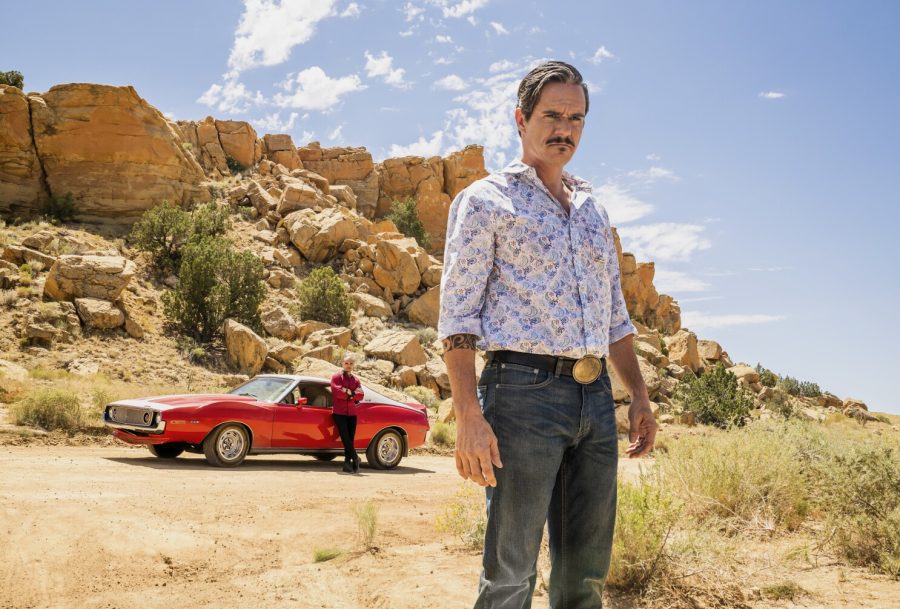 On Monday night, AMC released two episodes to kickstart the season finale of ‘Better Call Saul.’ While there was not as much action as one would like, there were several important updates on the main characters, such as Lalo Salamanco and Nacho Verga, as well as the return of the Kettlemans.

When observing with Saul Goodman’s storyline, it was slow. It seems as though the writers are building up the plot slowly. As the episodes progressed it was clear that Saul and his wife Kim are planning on sabotaging their former employer, Howard Hamlin. Goodman plants a bag of baby powder that looks like cocaine in Howard’s locker at the country club, which falls out when he comes back from an outing with his colleague Clifford Main. It can be assumed that Saul and Kim are trying to set Howard up to fail by displaying him as a cocaine addict.

Now switching to the more exciting plot of the show, which is the pending drug war. Gus, the main seller of product for the cartel in America, secretly attempted to kill Lalo Salamanco in a raid at the end of season 5. Gus used Nacho Verga to get insider information. The show opens up with Nacho on the run in Mexico, and hiding in a motel. When he gets into a shootout with the Salamanco twins we assume he is dead until he calls Gus at the end of the second episode. On the other hand, we see an escaped Lalo slowly making his way up north to get his revenge. While Gus believed he was dead, he finds out that Lalo Salamanco is alive, and coming for him.

While the first two episodes were not as action packed as the fans were hoping for, they set up a lot for the future. The two storylines seem very different, but as we see a car follow Saul’s car in the end, we can only assume it is Lalo. These storylines are very close to crossing yet again.