Second Straight Victory against the Eagles 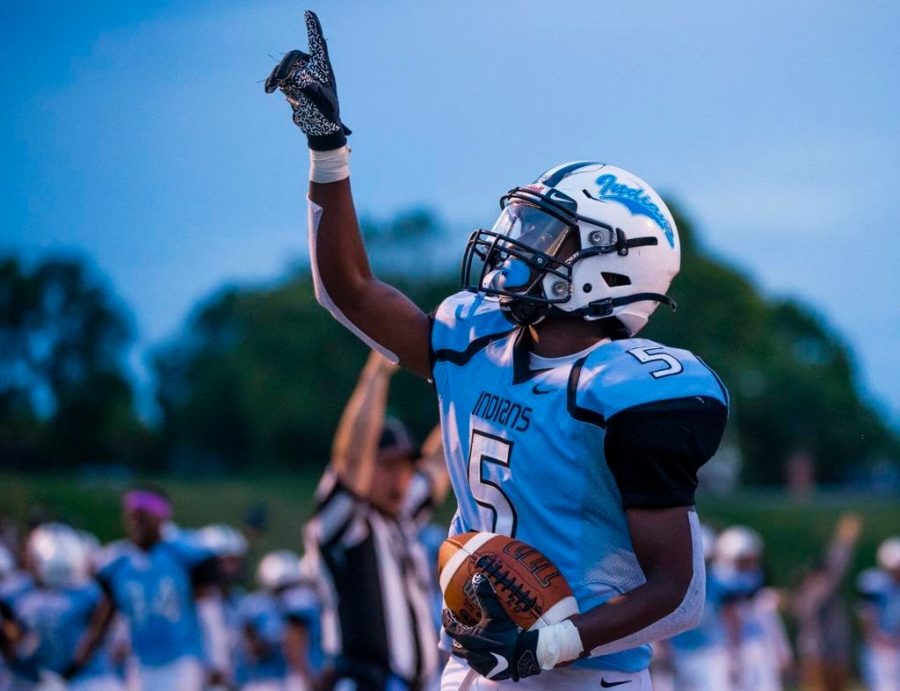 The Indians played an undefeated Adams team on Friday and were hungry for a win at home. The student section showed out and was a big home advantage for Saint Joe.

Starting off the night Tyrick Kamau had a 52 yard return to start the Indians out on the right foot. Asante Anglin looked like he crossed the goal line on the first possession but the referees ruled it a fumble on the 1 yard line. Chuck Worsham of Adams recovered the fumble and the Eagles marched down the field and took an early led 7-0. Cedrick Suggs tied up the game though on the next possession with a 7 yard touchdown run to tie it up 7-7.

Asante Anglin finished the game with two touchdowns and 130 yards rushing. Matt Eck was 8-16 with 73 passing yards. The Indians move to 2-2 on the season and have a big game coming up this Friday against the New Prarie Cougars.