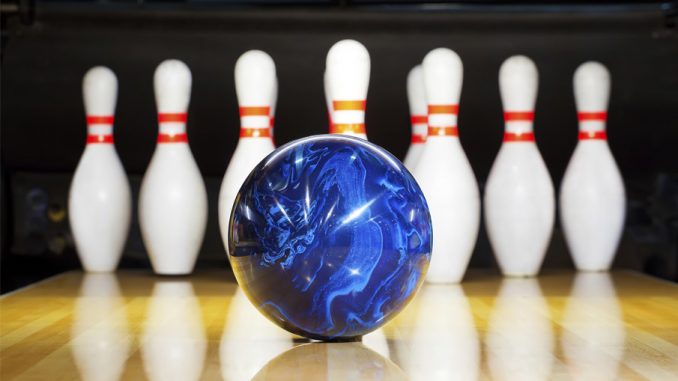 With the bowling season about to start, many hopeful bowlers are looking forward to the season ahead. Saint Joe has a plethora of promising and talented female bowlers.

One such bowler, senior girl’s team captain Kayla Gentry, had a lot to say about last season. Gentry is priming for the next season, getting extra practice in with Abby Wagner (junior) and Maddy Gentry (sophomore). All three of these bowlers are incredibly talented, and they are all hoping for a big season this year. Gentry also stated that their biggest test would be John Glenn, so that is a game that people should be excited for.

“In my opinion, the hardest part about bowling is not getting frustrated throughout the matches.” Gentry told us. Emotions can often run high during matches, which can easily cause frustration. She also later told us that tension can be caused by the long game days, which can range from 2 hours to 7 hours.

Sophomore Maddy Gentry looks to have a breakout year this year, building on her freshmen year campaign.

Another player getting ready for a major season is junior Abby Wagner. During both her freshman and sophomore year she proved herself as a reliable anchor for the team, leading them to second in the conference last year. She started bowling when she was just four years old, so she has been bowling for just over twelve years. She is expecting the girl’s team to go far this season. After making regionals Abby’s freshman year, the 2018-2019 season, the ladies are hoping to replicate that form this year.

“My favorite part about bowling is being able to scream at matches,” said Wagner, “because it’s fun and I’m always the loudest.” She explained further that this keeps her motivated to do well in the matches.

“I don’t know if I have a least favorite part,” she later said, “but if I had to choose, it would probably be getting dirty looks. Like, we are here to bowl, why are you giving me shade?”

The ladies are hoping for a big season, and with practices starting soon, we will begin to get a glimpse into the potential of the squad. With talent in all grade levels, the lady Indians are going to have a breakout season.